Arizona state Senate President Karen Fann has issued two new subpoenas, one to the Maricopa County Board of Supervisors and one to Dominion Voting Systems, and demanded them to appear in the Senate chamber on Aug. 2 if the requested material is not turned over.

In order to fully complete its audit of the 2020 election, the Arizona state Senate said it still needs the routers and other election material from Maricopa County and Dominion.

Ben Cotton, founder of the CyFIR computer forensics firm that is working on the audit, said it is “critically important” to obtain routers owned by the county, insisting they would help clarify specific vulnerabilities he claimed existed in Maricopa’s digital election system. Cotton also said the county hasn’t updated the antivirus software on the election management system since “August of 2019.” 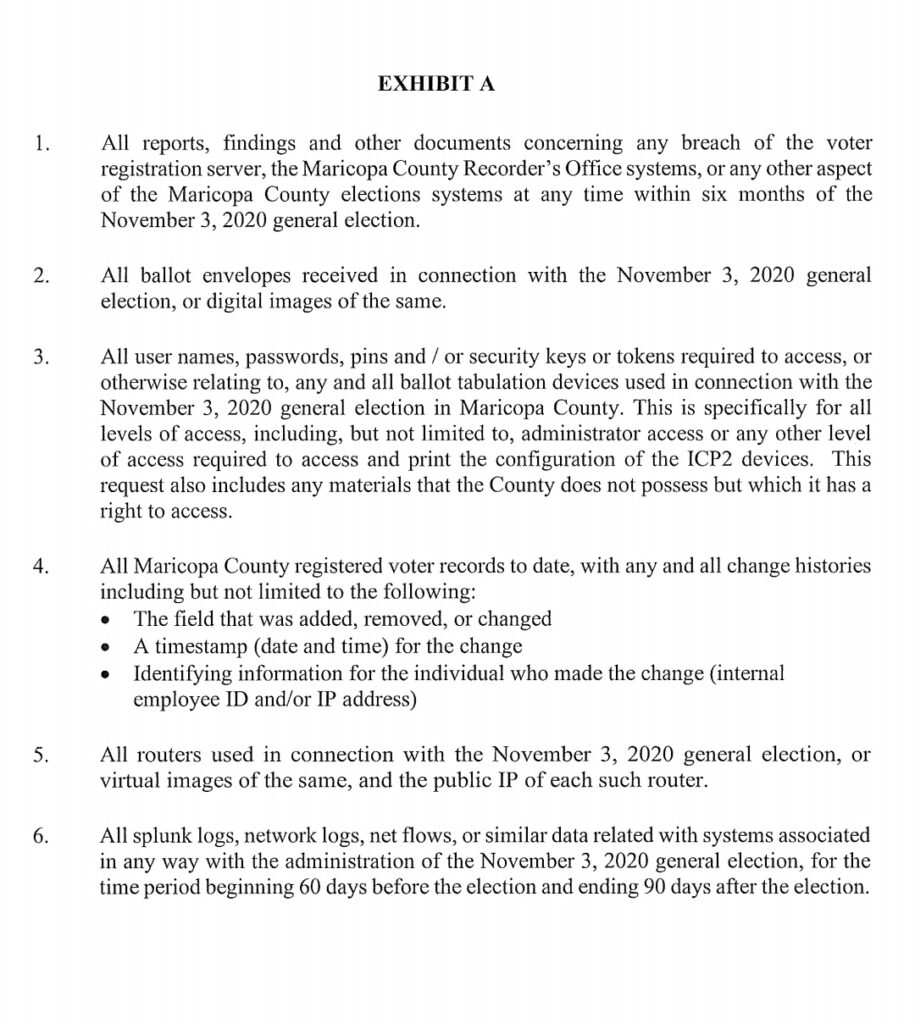 Maricopa County officials continuously stonewalled the Arizona Senate’s investigation in court until a judge ruled the Senate’s subpoenas were “legal and enforceable.”

State Senate Majority Whip Sonny Borrelli floated the possibility of introducing a resolution to “reclaim electors” if the audit’s findings put Biden’s 2020 election victory in doubt. Although audit officials predicted the audit would conclude by the end of the summer, testimony last week before the Arizona Senate indicated it could be drawn out if their request for more materials and information leads to subpoenas.

BREAKING: The Arizona Senate issues two more subpoenas today. One to the Maricopa Board of Supervisors and one to Dominion. I would not blow these off! pic.twitter.com/0raxVODUS0