America’s stunning jobs surge: Another ‘big miss’ for the ‘experts’

Defying all expectations, the U.S. job numbers surged back in early June in a surprise and stunning rebound. While the usual gaggle of “experts” were somberly predicting an additional eight or nine million job losses, the actual numbers showed 2.5 million jobs gained!

Despite massive job cuts from an economy artificially shut down in response to the COVID-19 Pandemic, there are now new green shoots growing the Spring fields across the country. 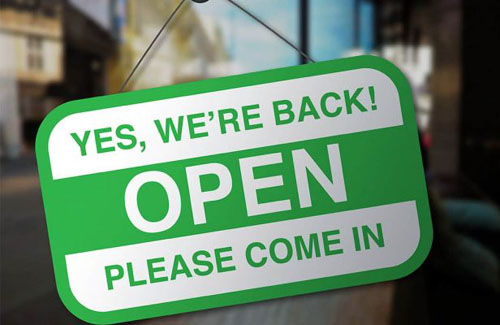 Some of the mainstream media outlets were gloating the U.S. unemployment rate would surge to 19 percent, a Great Depression era level; in fact, the number fell from 14.7 percent to 13.3 percent.  Psychologically, this was significant and stock markets surged with the DOW passing 27,000.

Noted economist Mohammed El-Erian of Allianz told FOX Business that the job revival was a “big miss by analysts,” adding that stock markets now appear to have embraced a “win/win hypothesis” concerning an economic rebound.  He added, “This will go down in history as the biggest positive data shock for the markets and the economy.”

President Donald Trump was expectedly upbeat speaking about the “rocket ship” jobs report and the economy going into “Renewal and Recovery.”  He eagerly rattled off impressive job numbers in construction, 464,000, retail, 360,000 and manufacturing, 225,000.

The only other such dramatic surge in living memory was Ronald Reagan’s employment surge of 1.1 million back in September 1983.

Given the pandemic, we saw the powerful and surging U.S.  economy put into a kind of “induced coma” to safely withstand the health emergency.  Now that states across America are cautiously reopening for business, basically three full months since the shocking shutdown, there’s naturally going to be rehiring of furloughed and unemployed workers.  Many of these jobs were in a kind of limbo, waiting for the business to restart and reopen but still these numbers defy expectations.

While many commentators sonorously echo the Great Depression analogy concerning our current economy, let’s remember that the Depression which symbolically began by the October 1929 stock market crash, actually deepened in 1930 and 1931 with the collapse of the banks and subsequently business and commerce.

The staggeringly high unemployment rates developed from just 5 percent in October 1929 over a two- and three-year period; 17.4 percent in September 1931 and 23 percent by October 1933.  But these somber statistics did not occur suddenly as we have just witnessed.

Given that genuine historic understanding of the Depression now is mostly based on liberal lore and legend, it’s worth re-reading the extraordinary book The Forgotten Man; A New History of the Great Depression by Amity Shlaes which engagingly explains the complicated dynamic behind the crisis.

What we saw earlier this year was unique and terrible; an almost overnight shutdown of a surging economy which sent unemployment surging from an historic low of 3.5 percent in February to 14.7 percent over a three-month period.  Naturally this does not herald a full recovery by any means but does indicate that the Administration’s plan of common-sense reopening and stimulus packages have prevented a further decline.

So where do we go from here?

Obviously, a careful reopening in large parts of the country is certainly now possible and already moving forward.  New York City has timidly “reopened” as have many other parts of New York State despite the controlling instincts of Governor Cuomo’s lackluster leadership.   Shutdowns of major cities have naturally impacted upon the travel and hospitality industry.  So too have the protests and looting in the aftermath of the brutal police killing of George Floyd, a black man in Minneapolis.

New England states dependent on tourism have taken a particular downturn in the wake of the COVID-19 pandemic.  The Vermont-based Ethan Allen Institute, a free market think tank, stated in a recent report, “Most of Vermont was doing pretty well unemployment wise before the crisis, with 12 of the 14 counties sporting unemployment rates below 4.0 percent. Fast forward to May 23, and the story is very different. Only two counties had unemployment rates below 20.0 percent.”

Naturally pandemic restrictions on tourism from major markets such as New York, New Jersey and Massachusetts have registered a negative impact.

Slowly but surely the American economy is reviving, but this is an early stage.  Summertime will test the system with travel, hotel bookings and airline reservations as Americans emerge from the mandated “cabin fever” lockdown limbo and into warmer weather.  Now we need  micromanaging politicians and bureaucratic busy bodies to get out of the way as America gets back to business and freedom of the road.