According to officials in California’s education system, math is inherently racist, and showing your work in solving math problems is a form of white supremacy. 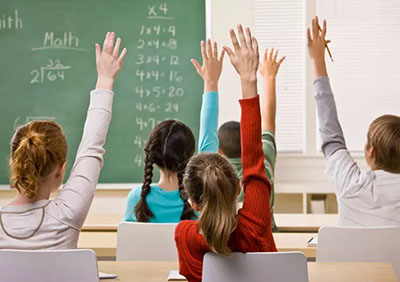 Those officials are proposing New Math for the Golden State, which would incorporate social justice into teaching K-12 mathematics. Erasing “white supremacy” from the curriculum would also mean eliminating gifted classes for advanced students.

Proponents of woke math “say the way the subject currently is taught is suffused with white supremacy and handicaps some minority students by insisting on allegedly racist concepts such as arriving at correct answers,” James Varney noted in a June 6 report for The Washington Times.

California’s Instructional Quality Commission is considering a modified version of “A Pathway to Equitable Math Instruction” for California schools. A curriculum plan developed by the online toolkit EquitableMath.org aims to remove so-called “cultural bias” from education.

The woke curriculum is “an integrated approach to mathematics that centers Black, LatinX and Multilingual students in grades 6-8 (and) addresses barriers to math equity,” according to the organization’s mission statement.

While doing so, it offers “opportunities for ongoing self-reflection as they seek to develop an anti-racist math practice.” Teachers in particular are “asked to reflect on their own biases to transform their instructional practice.”

Mathematicians from Princeton University, New York University and the University of California-Irvine in a recent piece for the online magazine Persuasion wrote: “Ill-conceived [diversity, equity and inclusion] policies, often informed by CRT, and the declining standards of K-12 math education feed each other in a vicious circle, which is in time going to affect the entire mathematics profession and, more broadly, all STEM disciplines.”

Jo Boaler, a math education professor at the Stanford Graduate School of Education and one of the drafters of the new California proposal, told The Washington Times that “We are not saying ‘math is racist,’ as some seem to be claiming. We are saying that math has been taught in a way that has led to many inequities over the years.”

Californian residents who have contacted the Instructional Quality Commission overwhelmingly oppose the introduction of critical race theory into math teaching.

“This is wrong at its core. Math is a fundamental science; it has no ideology and is the same worldwide,” wrote Alan Fisher, a parent and a physicist at Stanford.