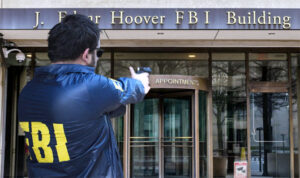 The Federal Bureau of Investigations has announced that it has uncovered a group planning to hatch terror plots all across the country. In a shocking twist, the organization is headquartered right in Washington, D.C., at the J. Edgar Hoover FBI building.

The group was uncovered after FBI agents began tracing most of the terror plots in this country back to one giant organization. …

“They were right under our noses this whole time,” said one FBI agent as he prepared to raid the FBI building, where hundreds of FBI agents were working on terror plots to be enacted all across the country and around the world. “We’re gonna take these guys down.”

The agent then rushed the building. “Freeze!” he shouted. …