Judicial Watch has filed a Freedom of Information Act (FOIA) lawsuit against the Department of Health and Human Services (HHS) for all emails from National Institutes of Health (NIH) Director Francis Collins related to gain of function research, hydroxychloroquine, and the Wuhan Institute of Virology.

This lawsuit was filed after NIH failed to respond to a June 8 FOIA request. 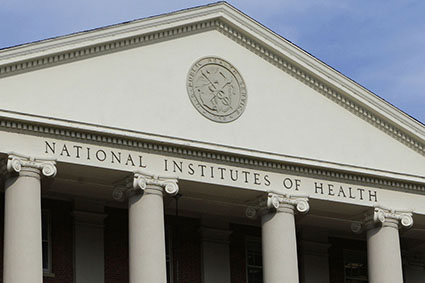 “The NIH is in full cover-up mode about the Covid-19 controversies and politics. Where are the emails?” asked Judicial Watch President Tom Fitton.

On Sept. 22, 2020, U.S. District Court Judge Dabney L. Friedrich ordered HHS to begin processing 300 pages of emails per month beginning on Oct. 21, 2020. In a court filing, HHS said the agency could begin producing 300 pages of responsive records to the Daily Caller News Foundation beginning on Nov. 30, 2020, eight months after receiving the Daily Caller’s FOIA request. The total number of responsive records is approximately 4,200, which would have pushed off the full release of the records until at least 2022.

HHS also alleged that Fauci must personally review each one of his emails before they are released.

When challenged about whether the National Institutes of Health supported gain of function research, Collins released a statement on May 19 claiming:

Based on outbreaks of coronaviruses caused by animal to human transmissions such as in Asia in 2003 that caused Severe Acute Respiratory Syndrome (SARS), and in Saudi Arabia in 2012 that caused Middle East Respiratory Syndrome (MERS), NIH and the National Institute of Allergy and Infectious Diseases (NIAID) have for many years supported grants to learn more about viruses lurking in bats and other mammals that have the potential to spill over to humans and cause widespread disease. However, neither NIH nor NIAID have ever approved any grant that would have supported ‘gain-of-function’ research on coronaviruses that would have increased their transmissibility or lethality for humans.

An Aug. 26 report by The Washington Post claims the NIH has been funding gain of function research for years. According to the report:

In the United States, NIH Director Francis S. Collins and Anthony S. Fauci, director of the agency’s National Institute of Allergy and Infectious Diseases, have led the federal funding and oversight of gain-of-function research.

Eight years ago, Collins and Fauci helped put in place high-level reviews and other safeguards in response to concerns raised by Relman [David A. Relman, a Stanford University physician and microbiologist] and aides to President Barack Obama, who were alarmed by what they saw as insufficient scrutiny of the research with ferrets. The NIH leaders and the Department of Health and Human Services pledged to subject the work to increased transparency and vetting. This included forming a review group of federal officials — known informally as a “Ferrets Committee” — to vet proposed projects for safety and worthiness.

However, Collins and Fauci in recent years have helped shape policy changes, directly and through their aides, that undercut the committee’s authority, according to federal documents, congressional testimony and interviews with dozens of present and former officials and science experts.

In July, Judicial Watch obtained records from NIAID officials in connection with the Wuhan Institute of Virology revealing significant collaborations and funding that began in 2014. The records revealed that NIAID gave nine China-related grants to EcoHealth Alliance to research coronavirus emergence in bats and was the NIH’s top issuer of grants to the Wuhan lab itself.