Judicial Watch announced on July 15 that in June Kentucky mailed address confirmation notices to 250,000 voters who are believed to have moved, thanks to a consent judgment agreed to by the Commonwealth. These registrations are probably outdated and will be cancelled if the voters fail to vote in future elections or to confirm their current addresses.

The Judicial Watch win in Kentucky is in addition to the Judicial Watch victory in California, where up to 1.6 million inactive names are set to be removed from voter registration rolls in Los Angeles County. 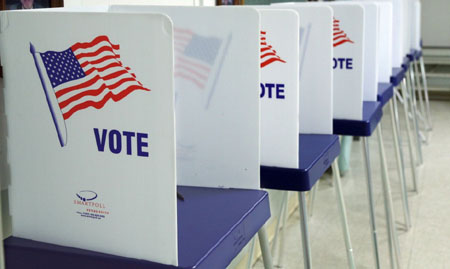 In the consent judgment, Kentucky acknowledges that the state is not in compliance with the National Voter Registration Act (NVRA): “[T]he practices currently in place in Kentucky do not comply with the NVRA’s requirement that states conduct a general voter registration list maintenance program that makes a reasonable effort to remove ineligible persons from the voter rolls due to a change in residence outside of the jurisdiction …”

The address confirmation notices were sent to about 7% of the names currently on Kentucky’s voter rolls.

As part of the consent judgment, the Kentucky State Board of Elections is to proceed with a canvass mailing “to identify registrants through mail returned as undeliverable who may have unreported moves since 2009.” Voters who do not respond to the notices sent by Kentucky and who do not vote in the next two federal elections must be removed from the voting rolls. Despite the consent judgment being signed a year ago, Democrat Kentucky Secretary of State Alison Lundergan Grimes’s office has been accused of improperly delaying the processing of previous mailings through 2018, delaying the final clean up of Kentucky’s voting rolls by at least two years.

The consent judgment results from a Judicial Watch lawsuit under the NVRA. In June 2018, with Judicial Watch’s agreement, the Justice Department moved to intervene in the lawsuit against Kentucky. During the course of the litigation, the U.S. Supreme Court held in Husted that the removal of old voter registrations is mandatory under the NVRA, something the Kentucky State Board of Elections had failed to do.

Judicial Watch’s lawsuit against Kentucky alleged that 48 counties had more registered voters than citizens over the age of 18. The suit noted that Kentucky was one of only three states in which the statewide active registration rate is greater than 100 percent of the age-eligible citizen population.

“Thanks to Judicial Watch, Kentucky is taking action to begin the removal of up to 250,000 voters from its lists of registered voters, which will help ensure cleaner elections in the Bluegrass State,” said Judicial Watch President Tom Fitton. “This is another major victory for cleaner elections, especially following Los Angeles County’s agreement with Judicial Watch to begin the process of removing as many as 1.6 million inactive voters. Dirty voting rolls can mean dirty elections, so it is essential that dead and long-gone voters be removed from voter registration lists.”

Judicial Watch is the national leader in enforcing the provisions of the NVRA. In June, Judicial Watch announced that it was informed that Los Angeles County had sent notices to 1.6 million inactive voters on its voter rolls pursuant to a settlement agreement. Prior to the California settlement agreement, Judicial Watch estimated that national census data and voter-roll information showed that there were 3.5 million more names on various county voter rolls nationwide than there were citizens of voting age. This settlement could cut this number in half.

In addition, the California secretary of state has alerted other California counties to clean up their voter registration lists to comply with the NVRA. The Judicial Watch lawsuit to force the cleanup of California’s voter rolls, which resulted in the settlement agreement, uncovered the fact that neither the State of California nor Los Angeles County had been properly removing inactive voters from the voter-registration rolls for the past 20 years.

Judicial Watch also filed a successful NVRA lawsuit against Indiana, causing it to voluntarily clean up its voting rolls, and has an ongoing lawsuit with the State of Maryland.