PARIS — A long linguistic battle between French and English appears to have been settled; English won.

Some twenty-five years after legislation to specifically defend use of the French language, and protect its patrimony throughout the land, what’s known as the Toubon law has become a quaint footnote. 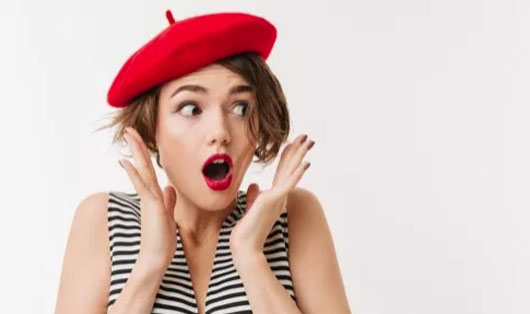 The respected French daily newspaper Le Figaro headlines “Advertising, Business, and Politics: Franglais is gaining territory.”  Franglais which is a mix of French heavily mixed with English words and terms, has evolved since WWII.  It does not have its roots in British English but American English which like the Latin of old, has become the lingua franca of our modern age.

This is a language driven by entertainment, commerce and computers more than by the pages of Hemingway.

But the reality is less that of Shakespeare or Longfellow surpassing Moliere and Proust but the language of Google and Facebook setting the linguistic parameters in an Anglo information   universe.  Long before globalization put English on the fast track, it was American music, television and movies, which brought English into the homes and cinemas of France, making it the cultural soundtrack for a generation.

Now for example, the slogan of the 2024 Paris Summer Olympics is Made for Sharing!

Even Air France, the national airline, uses the advertising and branding slogan, France is in the Air!

Though the Toubon linguistic legislation was passed in August 1994 to reaffirm French as the official language of the Republic, practically speaking English has been gaining rapidly in usage especially among the young and the business classes.  Back then the all knowing State compiled an informal dictionary of 3,000 English phrases to supplant with French words. This soon fell by the wayside as the Internet’s social media surge injected English phrases into usage on steroids.

Part of this in my opinion has less to do with words being English per se, but being more direct, shorter and precise in their meaning and intent than their French counterparts.

For example, I’m looking at a catalogue for the cellphone/cable/wifi provider Orange.  Here we see Livebox Fibre, 4G Home, Packs Open Up offerings from which to choose.

French radio is swamped by American music.  This is nothing new.  Stations play a steady stream of entertainment from Top 40, to Jazz and Hip Hop.  It’s the same at the movies.   Despite a strong and highly state subsidized French cinema, the most popular films across France are often American.  This Summer the Lion King has captivated French moviegoers.  Usually about half the major films playing in France are made in U.S.A.

France has fought back but in vain; the 1994 linguistic legislation sought to formally protect ears and airwaves from the flood of English.  Radio stations were ordered to play a quota of at least 40 percent French content music.  This soon fell by the wayside.  It’s not that there’s no French music or movies, quite the contrary.  The overall French music industry has declined but there’s a large French Rap music industry which has drowned out any hint of Charles Aznavour, Yves Montand, or even Johnny Halliday.

Despite the government’s feeble attempt at protectionism, the taste of the market was otherwise.

Indeed, it appears that the larger audience prefers the American product.

Significantly the Paris government spends huge amount of political and financial capital in    supporting the Francophonie a group of former French colonies and dependencies, like the British Commonwealth, which encourage the teaching and use of French in everyday affairs.

Places like Senegal, Morocco, Lebanon and Quebec are among 300 million French speakers   including France.

Algeria, not surprisingly, stunned this blissful notion when its Minister of Education shocked Paris by saying that “the French language does not get us anywhere,” and ordering the country’s universities and higher education to use English rather than French!

Nonetheless according to a BVA recent poll, 75 percent of French consider their language to be a major part of their national identity.

Naturally English too uses many French words and phrases. Boutique, Rendezvous, Bon Voyage, Deja Vu, Entrepreneur among so many others. Indeed, the Franglais phenomenon is equally acute in German, Japanese and Spanish where English words and hybrid phrases have long gained significant linguistic usage.

French President Emmanuel Macron when running for office often used the term “start up nation.”  And he won.