Trust the scientists? Problem is that they, like politicians, lie

Wired.com wrote in an April 21 post: “From the Editors: We Can Beat COVID-19. Just Trust Science and Hold the Line”.

But, why should we unequivocally trust scientists as so many major media talking heads insist? 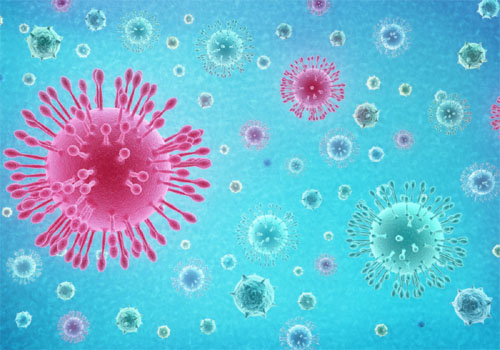 “So tossing citizens’ civil rights into the sea and allowing medical professionals and scientists to steer the COVID-19 boat may not be the best case scenario for a free America.”

The Stanford News noted in 2015: “Stanford researchers uncover patterns in how scientists lie about their data.”

The 2015 report detailed how researchers “cracked the writing patterns of scientists who attempt to pass along falsified data,” a finding that gave the science world a tool to “identify falsified research before it is published.”

Chumley noted: “The discovery of the pattern is one thing; the fact that the pattern had to be pursued in the first place is entirely another thing. It says, not so subtly, that falsified scientific data is so prevalent that a tool to identify — and slow the creep of — the false data was actually an in-demand item.”

Books have been written about the prevalence of falsified science.

“The Great Betrayal: Fraud in Science,” is a 2004 expose about the true state of science, and science that’s been peer-reviewed — that is, self-checked, self-policed. Author Horace Freeland Judson wrote, “Their claims about science are unscientific.”

The New Yorker wrote, in 2017: “Freud was a lousy scientist. He fudged data; he made unsubstantiated claims; he took credit for other people’s ideas. Sometimes he lied.”

Mendel, the founder of modern genetics, “may have falsified data,” The Great Courses Daily reported in 2016. It’s been a lingering shadow. From an August 2016 abstract, “Are Mendel’s Data Reliable? The Perspective of a Pea Geneticist,” published in the Journal of Heredity: “Based on a large number of statistical analyses as well as the review of several well-known geneticists, there can be little doubt that the data Mendel presented in 1866 corresponded much more closely to the predictions of his model than could be reasonably expected by chance.”

As for Darwin: “New Book Uncovers ‘the Life and Lies of Charles Darwin,’ ” Evolution News wrote in 2009.

And of especial note, given the ongoing COVID-19 debate and vaccinations, this 1993 headline from The Independent: “Pasteur ‘told lies about vaccines,’ ” — specifically, about the public trial of an anthrax vaccine, and by using a child as a test-case for a rabies vaccine that he had claimed to use on hundreds of dogs.

The Washington Post, The New York Times, The Chicago Tribune — “these are all papers of record that have reported over the years about Pasteur’s record of scientific deceptions,” Chumley noted.

Science magazine, in a 2018 piece entitled, “Tide of Lies,” wrote of bone researcher Yoshihiro Sato’s fabricated data — “fraud” that was called “one of the biggest in scientific history.”

The American Council on Science and Health, in a 2017 piece entitled, “Lying Politicians Is One Thing, Lying Scientists Is Another,” wrote of “the crappy science” of researchers Peter Eklov and Oona Lonnstedt who reported in a 2016 paper that “tiny particles of plastic in the ocean were harming fish,” and that “microscopic plastic must [therefore] be harmful to fish” — findings that led them to be slapped with the peer-based “misconduct in research” label; findings that the pair subsequently retracted.

QZ, in a 2016 piece entitled, “Nearly all of our medical research is wrong,” wrote: “Something is rotten in the state of biomedical research. Everyone who works in the field knows this on some level. We applaud presentations by colleagues … but we know in our hearts that the majority or even the vast majority of our research claims are false.”

• “This scientist nearly went to jail for making up data,” The Washington Post wrote in 2016.
• “Researchers Behaving Badly: Known Frauds Are ‘the Tip of the Iceberg,’” Leapsmag wrote in 2018.
• “Take That Back: The Top Scientific Retractions of 2019,” Live Science wrote in 2019.

“Scientists are not perfect; the science they present is not perfect,” Chumley wrote. “And in this COVID-19 atmosphere, where scientists and researchers and medical professionals and scholars have taken over much of the control of U.S. politics and government and how American citizens are supposed to now behave and function — it’s more important than ever to remember this: Scientists can be wrong, very wrong.

“Moreover, scientists can lie. And very often, as history shows, they do.”

coronavirus, lie, like politicians, Trust the scientists? Problem is that they, WorldTribune.com