A 53-year-old Canadian woman is in custody in Buffalo, New York after being accused of sending letters containing the deadly toxin ricin to the White House and prison officials in Texas. 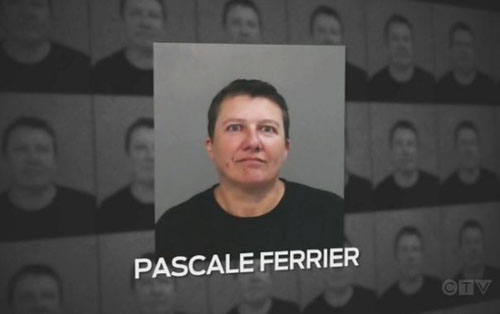 Quebec resident Pascale Ferrier has been identified as the suspect, CTV News has confirmed.

Ferrier, originally from France, obtained Canadian citizenship in 2015. She lists her occupation as a computer programmer. It has been confirmed that she was briefly incarcerated in the Texas jail where she also sent ricin-laced letters.

“A team that specializes in biohazards swarmed a Montreal-area condo Monday morning, evacuating several units as they looked for evidence connected to the ricin-laced letter sent to U.S. President Donald Trump,” CTV News reported on Monday.

The FBI is working the case in conjunction with other law enforcement agencies in both countries.

Ferrier had been deported back to Canada from South Texas after overstaying her visa in 2019, according to a report in The New York Times.

Hidalgo County Sheriff Eddie Guerra on Monday afternoon said that “envelopes” of ricin were mailed to him and three others in South Texas associated with the case.

MEDIA
I can confirm that envelopes, containing the deadly toxin ricin, was mailed to me and three of my detention staff. At this time due to a active federal investigation I cannot make any further comments but a media release will be sent out tomorrow. No injuries were sustained

Art Flores, an investigator with the Mission Police Department, told Border Report on Monday afternoon that an envelope was mailed to Mission Police Chief Robert Dominguez last week, on Thursday or Friday, “and has been confiscated by the FBI.” Nobody was injured, Flores said.

“It doesn’t require much of a stretch of the imagination to conclude that this woman is angry over having been deported so she launched her poison pen attacks on the people who helped turn her over to the CBP and have her booted out of the country. Sure, that’s still pretty crazy, but at least it would qualify as a motive,” Hot Air’s Jazz Shaw noted on Tuesday.

“But the $64,000 question is how she decided to not just go after the Sheriff’s Department, but also tack the President of the United States onto her distribution list for good measure,” Shaw added. “If she’d only gone after the Hidalgo County Sheriff’s Office, it’s unlikely that anyone outside of Texas would be hearing much about this story. But as soon as you up your game to include an assassination plot against the leader fo the free world, the plot moves up to the highest level immediately.”