The Facebook page of 21-year-old Ahmad Al Aliwi Alissa, the suspect in the Boulder, Colorado supermarket massacre, included anti-Trump messaging, as well as pro-Islam messages. And he may have had sympathies to the Islamic State (ISIS), according to reports.

Corporate media reports have highlighted claims by family members that the suspect was mentally unstable and calls by Democrat politicians for new gun control legislation. Facebook and federal law enforcement authorities have targeted conservatives and supporters of former President Donald Trump for inciting violence and as “domestic terrorists”.

In a subsequent tweet, Posobiec said, “It is beginning to look like the Boulder shooting was a jihadist terror attack.”

Posobiec reported on Twitter that government intelligence suggested Al-Alissa initially planned to execute his shooting spree at a Trump rally in Colorado Springs in February of last year, but postponed the rampage until the next one scheduled for March in Denver which was ultimately canceled over the coronavirus pandemic.

A White House official also told Posobiec that Alissa planned to travel to Syria last summer, but covid lockdowns interfered with the trip.

The Facebook page of Al-Alissa, which has now been removed, also showed that he appeared to be a reader of PBS and The Washington Post, the National Pulse reported. (Before his page was taken down, some of Al-Alissa’s Facebook posts were captured, see below.)

A motive for the March 22 shooting, which left 10 people, including one police officer, dead, has not been identified. Al-Alissa has been charged with 10 counts of first-degree murder, Boulder authorities said.

In another post from the same day, Al-Alissa responded to a Washington Post article on Trump’s approach to refugees by saying: “Trumps such a dick.”

In a post June 5, 2019, Al-Issa said he believed he was under attack from “racist Islamophobic people” who were “hacking” his smartphone.

Other reports said he posted about his opposition to gay marriage.

The suspected gunman was shot in the leg during a gun battle with police responding to the shooting, Boulder Police Chief Maris Herold said at a news conference. He is currently hospitalized and officials said they expect him to be booked into the Boulder jail later Tuesday.

Al-Alissa went to Arvada West High School, where it appears he was on the wrestling team, according to social-media profiles that a law-enforcement official confirmed belong to him, the Wall Street Journal reported.

The suspect posted frequently about mixed martial arts. His Facebook page said that he had started attending Metropolitan State University of Denver in 2018. A school spokesman said he never attended the university.

The police officer killed was Eric Talley, 51, who has been with the Boulder department since 2010.

“Above all else he loved his family and his Lord Jesus Christ,” Homer Talley said. 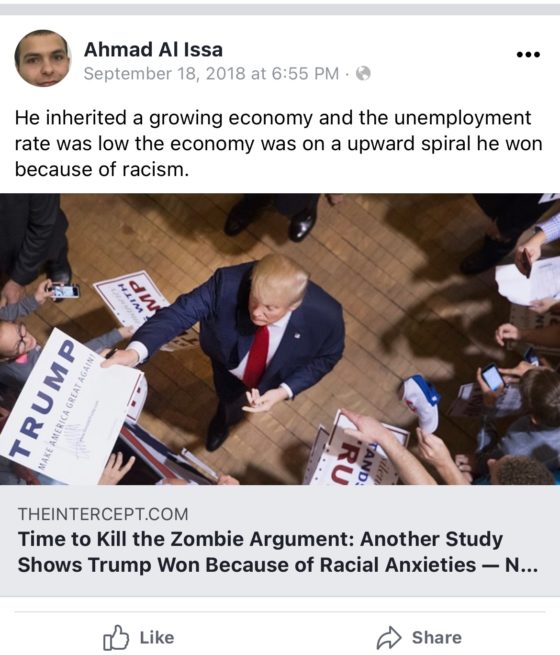 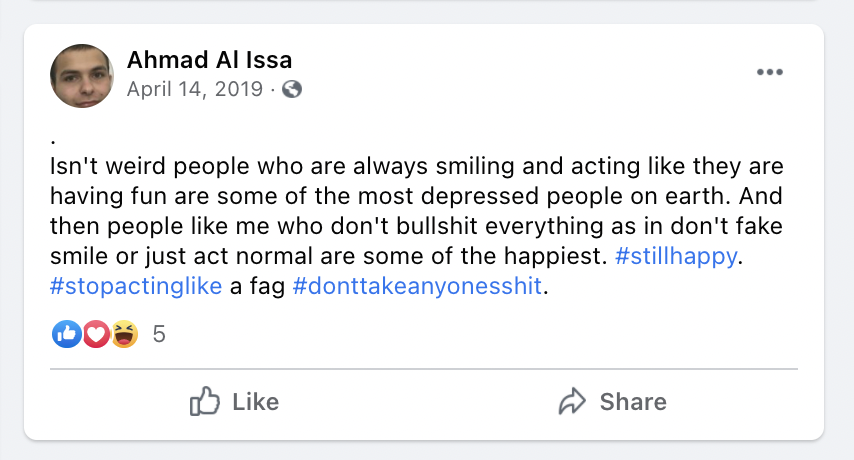 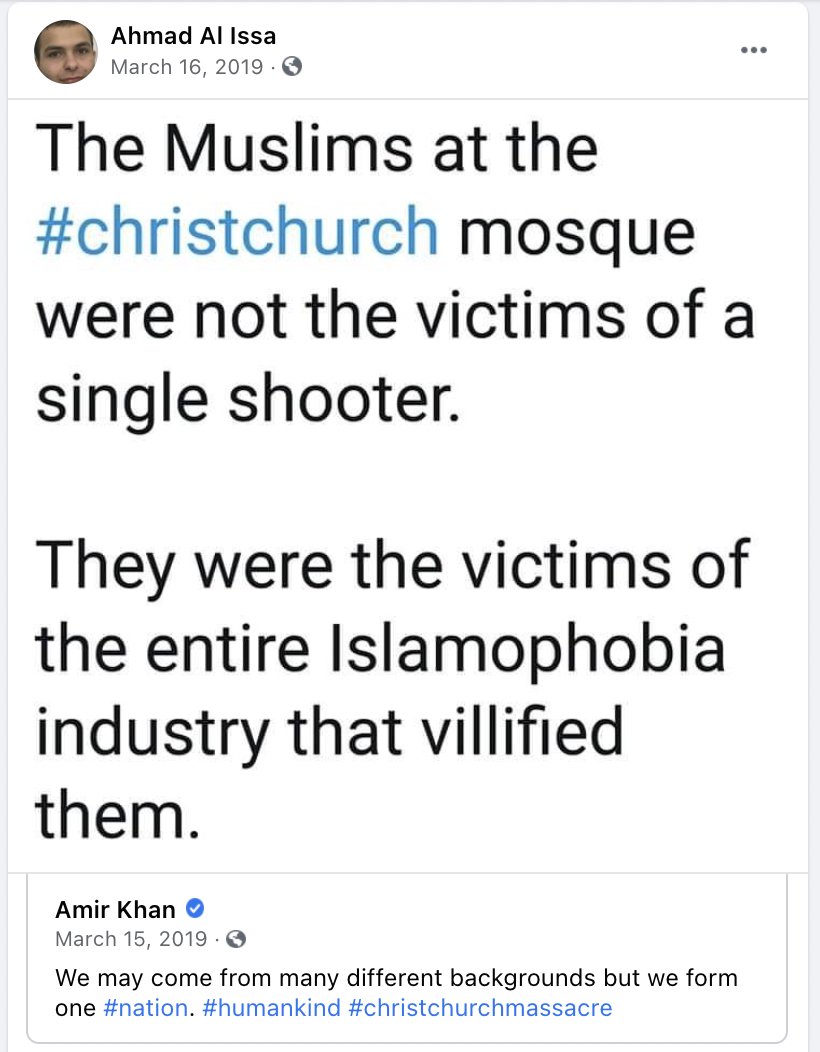