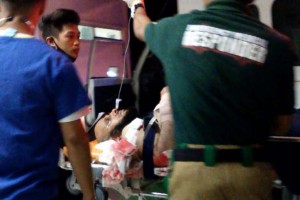 Special to WorldTribune.com A prominent Saudi cleric who is on Islamic State of Iraq and Levant’s (ISIL’s) hit list was shot and wounded in the Philippines on March 1. Sheikh Aaidh al-Qarni and Saudi diplomat Sheikh Turki Assaegh were both wounded in an assassination attempt as they left a university auditorium in the southern port […]