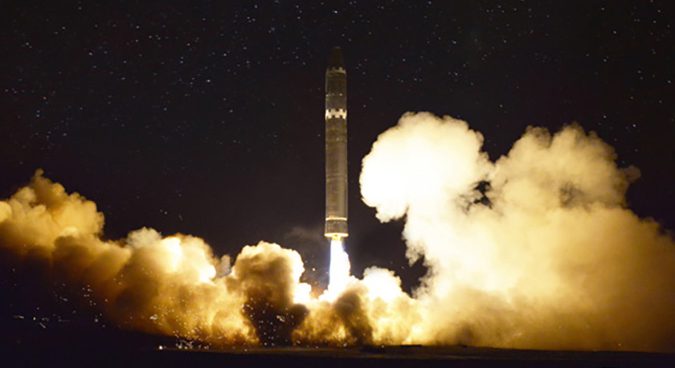 by WorldTribune Staff, December 5, 2017 North Korea’s Hwasong-15 ICBM broke up on re-entry, according to a U.S. official and the crew of a Cathay Pacific airliner that reported witnessing the test. U.S. and allied ships are reportedly still searching for debris from the ICBM, which was launched on Nov. 29 and came down near […]

Special to WorldTribune.com North Korea’s recently-launched satellite is “tumbling in orbit,” rendering it virtually “useless,” a U.S. official said. If the description is accurate, the satellite launched by Pyongyang on Feb. 7 would be incapable of functioning in any useful way, a senior U.S. defense official told CNN. Kwon Ki-hyun, a spokesperson for South Korea’s […]