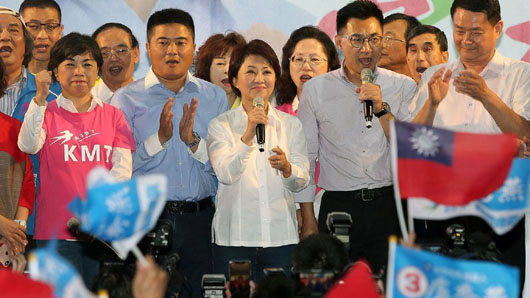 by WorldTribune Staff, November 30, 2018 China is denying a report by a U.S. cybersecurity firm that concluded Chinese hackers likely meddled in Taiwan’s midterm elections in which pro-China candidates overwhelmed the party of pro-U.S. President Tsai Ing-wen. “Taiwan has always been a primary target of malicious cyber operations, especially from actors aligned with the […]

Special to WorldTribune.com The landslide victory for Taiwan’s Democratic Progressive Party (DPP) over the pro-China Kuomintang, (Nationalist Party) in the Jan. 16 elections was driven by the nation’s youthful “strawberry generation.” It was a particularly satisfying victory for Taiwan’s youth movement, who had been written off by their elders as soft, self-satisfied and apathetic – […]