Should I stay or should I go? Chinese millionaires are opting out from the People’s Paradise

More than a third of China’s millionaires are itching to bolt from the communist People’s Paradise, a new survey found. 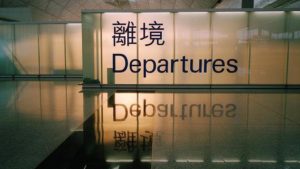 And most of the rich who are weighing their options prefer the USA, according to a joint survey by China-based Hurun Research Institute and the immigration advisory firm Visas Consulting Group.

The U.S. topped the list as the most popular destination for emigrating rich Chinese for the fourth year in a row, the survey. The UK ranked second, followed by Ireland and Canada. Los Angeles was the top city for Chinese millionaires to buy property, followed by New York, Boston and San Francisco.

The survey polled 224 Chinese people with an average wealth of $4.5 million.

“The American education system remains one of the main reasons Chinese investors most favor the United States,” the survey said. “In addition, it came out tops in terms of visa-free travel and ease of adaptability. President Trump’s tax cuts also saw it score higher in the tax category this year.”

Foreign exchange deposits and “immovable property” are the most popular overseas investment options for wealthy Chinese. They spend an average of $800,000 on buying a property, the survey found.

Hurun Research Institute, immovable property, Should I stay or should I go? Chinese millionaires opting out from the People’s Paradise, Visas Consulting Group, wealthy Chinese, WorldTribune.com