Despite the massive media focus on Absentee by Mail ballot harvesting, there are other errors in voter data that point to either gross incompetence or sinister schemes to defraud the voters of North Carolina. 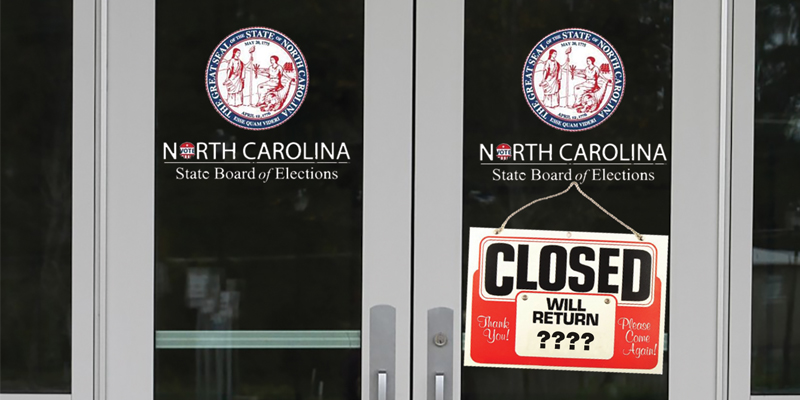 This issue can’t be blamed on Republican operatives or Democrat operatives since there is no way yet to know what or who is behind it.

As I have continued to analyze the data made public by the State Board of Elections, several items that directly affected the outcomes in past elections stand out and cannot be explained as mere clerical or programming errors.

First, there was the appearance in the Results File for the 2012 General Election of a ballot status called “Accumulated”. Not Absentee. Not Provisional. Not In-Person. Accumulated.

Sounds like “We have a bunch of ballots we want to count, don’t know where they came from so we’ll call them “accumulated”. That ballot status has never been used in any other prior or subsequent election in NC and thousands of votes were awarded to candidates on that basis.

Neither the executive director of the State Board nor any of her primary staff could tell me what one was and denied ever having heard of it before, yet there it is, right in their own data files.

In 2016, the record reflects over 39,000 votes being awarded to candidates on the basis of “Transfer” ballots. Oddly, over 33,000 of them came from ballots in one single county, Davidson, on Election Day. There were also the three candidates who received a negative number of votes as well as the more than 500 lines of precinct-level vote totals missing from their final report.

Despite bringing all of this to the direct attention of the State Board staff, 2018 proved to be no better than past elections. Yes, the media has been laser focused on Absentee by Mail ballot harvesting and voter fraud at the polls, but no one has mentioned the real mischief that took place in the accounting and reporting of Provisional Ballots.

It is understandably so since no one else was looking into it to any great detail. What the record does show is that to this day, two counties, Pitt and Lee, still show their results as “Unofficial” even though their races have long been conceded and certified.

It also shows that the final vote totals were published on the evening of Nov. 16 and have not changed by one single vote in any race since then. What makes this so spectacular is that 11 counties had yet to report their decision on their Provisional Ballots. Still, the existing totals show candidates receiving all manner of votes from Provisional Ballots, ostensibly cast in those 11 counties.

For example, Mecklenburg County did not report their final action on them until Nov. 19, so it begs the question of how anyone at the State level could have known the outcome three days prior. Someone voted on “1/6/6218”. Someone else voted on 4/26/2018. Bladen County which is the focus of the ballot harvesting investigations had only 65 Provisionals while Robeson County next door had 786! Many of them had registered to vote in Robeson in 2000 or prior (one back in 1974) but had never once voted there until this ballot last November. It smells of electronically digging up the dead.

I briefed the Legislative leadership of the Election Committees from both Houses this month and submitted a 10-point recommendation for statutory changes, five of which have already been sent to the Bill Drafting Division to be put into the proper format for filing and action.

Frankly, we have better data controls on a $2 purchase on Amazon than we do on our election data. We pay millions and get crumbs. We deserve better, Democrat,  Republican, Green, Constitution and Unaffiliated alike.