The Supreme Court on Monday declared unconstitutional a Louisiana law requiring that individuals who perform abortions at clinics have admitting privileges in a nearby hospital. 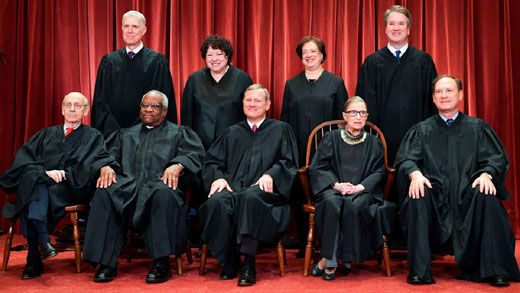 Justice Clarence Thomas wrote in dissent of the ruling: “Today a majority of the Court perpetuates its ill-founded abortion jurisprudence by enjoining a perfectly legitimate state law and doing so without jurisdiction.”

Noting that black women are disproportionately at risk of unnecessary harm during abortion procedures, Project 21 had appealed to the justices through a legal brief that argued against throwing out “a substantial medical benefit that justifies any minimal burden” and thus allowing abortionists to escape oversight and safety requirements.

“It’s a sad day when the Supreme Court rules against the preservation of life. With this decision, it is signaling that not all black lives matter,” said Project 21 member Donna Jackson. “The abortion lobby’s fight against the most reasonable health and medical standards shows that its priorities lie with killing unborn black babies at any cost. This decision reveals the radical left’s willingness to make unsafe, back alley-style abortions mainstream, without regard to the health and welfare of black mothers.”

The Louisiana law required “that every physician who performs or induces an abortion shall ‘have active admitting privileges at a hospital that is located not further than thirty miles from the location at which the abortion is performed or induced.’ ”

In the opinion, Justice Stephen Breyer wrote that the Court’s four left-wing justices agreed with a lower court ruling asserting such protections prevent women from seeking abortions and offer “no significant health-related benefits.” Roberts wrote that he joined the liberal wing because of legal precedent found in a Texas case decided by the Court in 2016.

“The Louisiana bill was not crafted by conservative white men as many seem to think, but by a pro-life liberal who is black and female,” noted Project 21 member Marie Fischer. “State Representative Katrina Jackson, now a state senator, said she created this bill because there are laws on the books in Louisiana and many other states requiring any doctor performing any kind of surgery at an outpatient facility to have hospital admitting privileges. This even stands for something as simple as removing a mole or a wart. Why should abortion be any different? Why should a procedure as invasive as abortion be treated differently?”

Today, a rogue Supreme Court allowed the abortion industry to set abortion policy nationally, despite the resulting risk to “women’s health.” This is another sad day for the rule of law and the Constitution. Today, by a bare majority the court violated the Constitution by changing the rules and granting the abortion industry a special veto power over laws seeking to promote and protect the health of women and their unborn children. The Supreme Court should have put a stop to the misuse of the courts by special interests that seek to overturn laws passed by the people’s representatives.

Instead, Chief Justice Roberts, in another political move, bends the rule of law to accommodate and protect the radical political position that the Constitution prevents the states from taking steps to protect innocent life. The Chief Justice has repeatedly broken his promise to be a neutral “umpire” and instead too often acts as a “politician in robes.”

As Justice Thomas writes in dissent, “today a majority of the Court perpetuates its ill-founded abortion jurisprudence by enjoining a perfectly legitimate state law and doing so without jurisdiction.”

Judicial Watch pointed out that plaintiffs generally may file a lawsuit only to protect their own rights, not the rights of others. In this litigation, the lower courts allowed third party abortion interests to challenge the law on the theory they represent the interests of women. As the brief points out, expanding health and safety requirements for abortionists can be argued to be in the best interests of women.

Monday’s ruling completes a woke trifecta for Roberts. He also joined the court’s four liberal judges in a landmark decision June 18 ruling that federal law protects LGBT employees from discrimination. Roberts also joined the liberal justices in a ruling announced Thursday that the Trump Administration could not terminate the Deferred Action for Childhood Arrivals (DACA) program.