A Texas border town which is 85 percent Hispanic and which voted for Hillary Clinton by 40 points over Donald Trump in 2016, has just elected a Republican mayor. 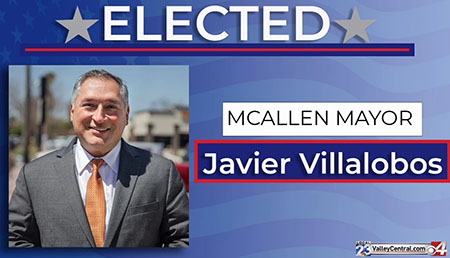 Republican Javier Villalobos defeated Democrat Veronica Vela Whitacre by 206 votes in a runoff election, according to results reported by KRGV. Votes will be canvassed and certified by city officials on June 14.

Villalobos, an attorney and former chairman of the Hidalgo County Republican Party, said: “Thank you McAllen for trusting and believing in me. I promise to not let you down.”

The victory by Villalobos is what political analysts are saying is part of a growing trend of conservative success in the usually-reliable Democrat stronghold of south Texas.

Steve Cortes, an adviser to Trump’s 2020 campaign, was one of several Republican figures to celebrate the win on Twitter.

Trump flipped five Hispanic-majority Texas counties last November. In Zapata County, which is 94 percent Hispanic, Trump doubled the number of votes he received. The county had not been won by a Republican presidential candidate since the 1920 election. Trump also flipped Kenedy County, where he lost by 8 points in 2016. Trump won the county by 32 points four years later.

“If you look at these poll numbers, Hispanics all across the county are Republicans,” NRSC Chairman Sen. Rick Scott said Thursday. “If Republicans reach out to them, we’re going to win.”