Report: FBI-DOJ may have pressed officials to rush FISA warrant on Trump campaign

The FBI pressed officials at the Department of Justice to expedite a Foreign Intelligence Surveillance (FISA) warrant on a former Trump campaign volunteer, congressional investigators say.

The possible improper coordination between the FBI and DOJ was revealed in text messages about a “delay” by investigators from FBI Special Agent Peter Strzok and his colleague, and mistress, Lisa Page. 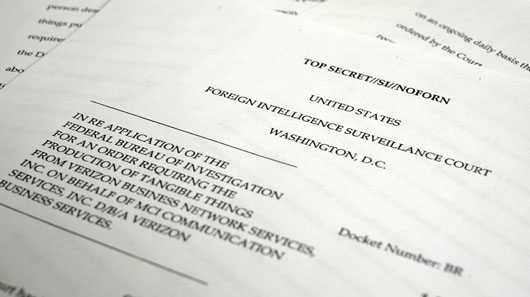 Strzok and Page “were discussing the FBI’s difficulty in obtaining the warrant to spy on Carter Page, who worked for a short stint with the Trump campaign,” investigative journalist Sara Carter reported on April 3, citing congressional officials.

The FBI obtained its first warrant to spy on Page on Oct. 19, 2016, and there would be three subsequent renewals every 90 days for the warrant.

The FBI-DOJ communications on rushing the FISA warrant “occurred roughly one month before the Page warrant was obtained,” Carter’s report said.

As was earlier reported, the communications suggested possible coordination by Obama White House officials, the CIA and the FBI into the investigation into President Donald Trump’s 2016 campaign.

Carter notes that “In one of the September 2016 text message chains, Strzok tells Page about an argument that occurred with former DOJ prosecutor David Laufman. Laufman, who was then chief of the DOJ’s National Security Division’s Counterintelligence and Export Control Section, oversaw the probe into former presidential candidate Hillary Clinton’s use of a private email server, as well as the alleged Russian interference in the 2016 election.”

In the text message, Strzok complains that Laufman told him the hold-up for the application “EDVA is/was the delay.” The EDVA refers to the Eastern District of Virginia – a court that has previously issued subpeonas in Special Counsel Robert Mueller’s investigation.

“This exchange raises concerns about FBI agents potentially pressuring prosecutors and the courts to speed up the production of information related to issuing FISA warrants,” Carter wrote, citing congressional staffers. “Congressional investigators originally stated that the EDVA had possibly been involved in the issuing of a FISA warrant.”

Carter quoted one congressional investigator as saying “Everything here – from the texts complaining about FISA delays to the exchanges indicating coordination, to the White House visitor logs – seems to match to a disturbing degree. At best, it’s a strange coincidence worth investigating further – but it’s likely much more. Congress has to take this information seriously if we hope to restore Americans’ trust in our federal justice system.”