Reddit investors get together, take on hedge fund elites

Small retail investors, organizing through online forums such as Reddit’s “WallStreetBets”, have been battling it out with hedge funds this week. And since the small investors appear to be winning, Wall Street moved to change the rules in order to contain the Redditors.

“Populist movements against ruling elites have been the big political story of the past five years. But at the very moment when elites appear to be winning political battles again, a new threat to their power emerges — this time aimed at Wall Street rather than Washington,” Allum Bokhari wrote in a Jan. 28 analysis for Breitbart News. 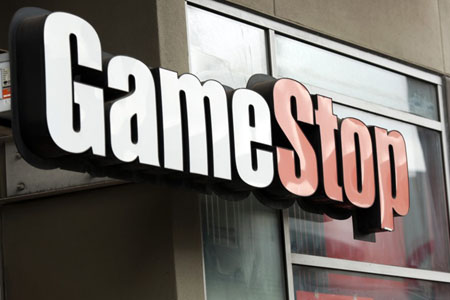 The Redditors are backing stocks that have been heavily shorted by hedge funds, most notably GameStop ($GME), but also AMC ($AMC), BlackBerry ($BB), and Nokia ($NOK).

GameStop’s stock climbed from approximately $39 dollars last week to $347 on Tuesday — an increase of almost 800 percent.

“There’s already talk that Melvin Capital, a hedge fund that bet big against GameStop, is going to need a bailout (not from taxpayers, thankfully, but from its fellow hedge funds),” Bokhari noted.

Keith Gill, the investor who helped direct the world’s attention to GameStop, told the Wall Street Journal that he had not set out to draw the attention of Congress, the Federal Reserve, hedge funds, the media, trading platforms and hundreds of thousands of investors.

“I didn’t expect this,” said Gill, known as “DeepF—ingValue” by fans on WallStreetBets.

“This story is so much bigger than me,” Gill told the Journal in his first interview since the unboxing this week of a volatile new stock market game. “I support these retail investors, their ability to make a statement.”

Among his many Reddit fans, Gill “will go down as the greatest legend in the history of WallStreetBets,” said Jon Hagedorn, a training supervisor based in Ronkonkoma, N.Y. “He’s the original OG.”

The stock’s wild ride, seemingly divorced from standard measures of corporate value, has spurred complaints that investors banding together to provoke this kind of frenzy amounts to market manipulation.

The Securities and Exchange Commission said Friday it would “act to protect retail investors when the facts demonstrate abusive or manipulative trading activity.” Gill said he hasn’t heard from the SEC.

Corporate media, which does the bidding of leftist elites, immediately jumped in to demonize the Redditors, comparing them to Nazis and the Capitol rioters.

Here’s a post from Reddit, the epicenter of the meme stock revolution. These are the people that journalists are trying to tie to Nazis:

I know no one will see this, but I’ve made an entire paycheck in the last two days, nothing compared to most of y’all, but as someone with huge medical debt this is actually life-changing for us, allowing us to actually catch up and get a grip on our finances I’m going out to get my kid some new toys and have a nice meal for the first time in as long as I can remember.

All of this is unacceptable to Wall Street, which is scrambling to contain the Redditors. The president of NASDAQ is now saying the exchange will monitor “social media chatter” and halt trading if it correlates with “unusual activity” in stocks.

“In other words,” Bokhari noted, “they want to rig the game against the little guy. Retail investors, talking amongst themselves on the Internet and coordinating their investment strategies to turn a profit? Only the big Wall Street investors are allowed to do that!”

Two platforms for retail trading, including TD Ameritrade and the highly popular RobinHood, have decided “that ordinary people making money is a problem. They’ve shut down trading on the stocks targeted by Redditors,” Bokhari noted.

Once again, a movement has come out of nowhere to threaten a citadel of establishment power. Once again, the elites are responding with spluttering rage, demanding that special measures be taken. Why? To retail investors, it looks like they want to stop small-time investors from making money.

Just as they clamped down on the populist political movement by killing freedom of speech on the internet, expect elites to introduce all sorts of new rules and regulations — both online and in the world of finance — to prevent the Reddit revolution from spreading.

They may succeed. They run the show, after all. But once again, another swathe of the public will get to witness just how rigged the game really is.