Physicist: Science has no explanation for ‘the origin of the universe’

The “new atheists” are doing a disservice to science by claiming it’s an enemy out of religion, theoretical physicist Marcelo Gleiser said. 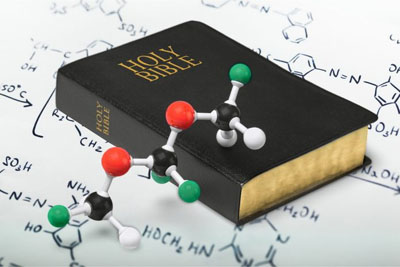 Religion, Gleiser said, is not just about believing in God – it provides a sense of identity and community.

“At least half of the world population is that way,” he said. “It’s extremely arrogant for scientists to come down from the ivory towers and make these declarations without understanding the social importance of belief systems.”

Gleiser, who grew up in Rio de Janeiro’s Jewish community, acknowledges that he is an agnostic, but refuses to completely write off the possibility of God’s existence.

“Atheism is inconsistent with the scientific method,” Gleiser said. “Atheism is a belief in non-belief. So you categorically deny something you have no evidence against.”

“I’ll keep an open mind because I understand that human knowledge is limited,” he added.

“The first thing you see in the Bible is a story of creation,” Gleiser said. Whatever your religion, “everybody wants to know how the world came to be.”

Gleiser continued: “Science can give answers to certain questions, up to a point. This has been known for a very long time in philosophy, it’s called the problem of the first cause: we get stuck. We should have the humility to accept that there’s mystery around us.”