On May 18, 630 NGOs and 132 survivors of sexual exploitation appealed to Congress to hold MindGeek and other pornography websites to standards that would mitigate the ongoing exploitation and to demand criminal investigation and prosecution for violation of federal sex trafficking and child protection laws. 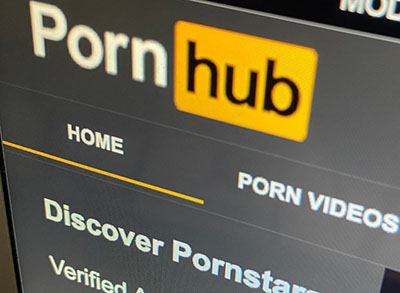 In February, the Canadian House of Commons heard testimony about the website and its parent company MindGeek, which owns at least 160 other hardcore pornography websites and production companies. The scrutiny resulted in 400,000 signing a petition to shut down the site in March and more than 70 Canadian Members of Parliament across all parties calling for a criminal investigation of MindGeek.

On the weekend of April 24, the $12 million Montreal mansion belonging to Pornhub’s co-owner, Feras Antoon, was set fire by a suspected arsonist. The home, still under construction, was completely destroyed in a blaze that required 80 firemen to extinguish.

By mid May, professionals with jobs requiring security clearance were openly wondering whether their careers might be at risk for visiting the site, due to illegal content.

The company’s business model, the petition asserts, benefits from “facilitating and profiting from criminal acts including sex trafficking, filmed sexual abuse of children, and non- consensually recorded and distributed pornography.”

As Nicholas Kristof observed in the piece, the “site is infested with rape videos. It monetizes child rapes, revenge pornography, spy cam videos of women showering, racist and misogynist content, and footage of women being asphyxiated in plastic bags. A search for ‘girls under18’ (no space) or ‘14yo’ leads in each case to more than 100,000 videos. Most aren’t of children being assaulted, but too many are.”

Critics were not appeased and for solid reasons.

It took weeks of pleading before the website removed videos of the minor, which were often re-uploaded by users. One video of Fleites at age 14 received 400,000 views. Her experience ultimately led to multiple suicide attempts and a meth addiction before age 19. She was homeless and living in a car at the time of the interview.

Dawn Hawkins, CEO of the Washington-based National Center on Sexual Exploitation, said the time for Congress to act has arrived.