Opinion: Just tuning out today’s Woke ‘Red Guards’ will not save our children’s future

Conservative Americans do not fear they are being targeted for committing a real crime, “but rather accused of an even more dangerous thought crime,” historian and columnist Victor Davis Hanson noted.

The American public “is now increasingly bombarded by 360-degree, 24/7 wokeness in the fashion of the Maoist Red Guard gangs,” Hanson wrote for American Greatness on May 9. 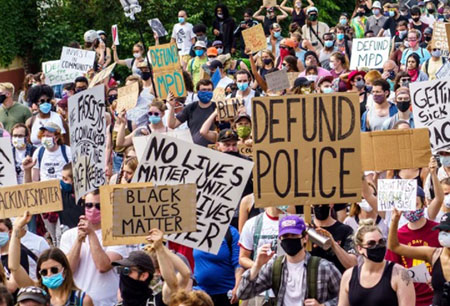 What the woke Red Guards of the Left seek, Hanson noted, is “a top-down erasure of America, engineered by the likes of LeBron James from his $40 million estate talking revolution to Oprah at her $90 million castle, as Mark Zuckerberg throws in $500 million here, and his colleagues $400 million there, and as the top executives of Coke, Target, and Delta Airlines believe their $17 million-a-year salaries make them experts on the crimes of non-diversity, exclusion, and inequity. Anytime revolutionaries at the outset of their enterprises seek exemption from the consequences of their own ideology, we know their plans will end badly for everyone else.

For Americans in the year 2021, there appears “little refuge” from the woke mob, Hanson noted. “Not in television commercials. Not from CEOs. Not from professional sports. Not from movies or television shows. Not from Wall Street, the Internet, and social media. Not from the administrative state, and not from the military. Not from the K-12 teachers, much less the professors.”

Hanson continued: “As big-city prosecutors choose not to prosecute ‘property crimes’ or ‘brick and mortar’ arsons and thefts, or what they consider ‘minor’ misdemeanors or ‘nonlethal’ felonies, crime spikes. The ancient principle of human nature then reigns supreme. The criminally inclined conclude the upside of hurting the weak, killing the innocent, stealing, destroying, looting, or simply causing mayhem far outweighs the rarer downside of being arrested, convicted, incarcerated, or worse. So all deterrence is lost.”

As major cities in the United State “revert to 1970s criminal badlands,” most people will “steer clear,” Hanson wrote. “Others cannot worry about cause and effect, because, as the trapped, they struggle to survive in the fashion of Mad Max or Robocop. In response, the government likely will propose a nationalized police force, properly trained in uniform wokeness. Or maybe some well-insulated experts will continue to insist that crime is social justice, and so hope it spreads to the suburbs in justified redistributive and compensatory fashion.”

The targeted, Hanson continued, will “seek escapes. They craft a mental refuge from the progressive lynch mob outside the Western jail. And half the country is also doing that already…. They’ve had one too many sermons from one too many condescending, nasal-toned grandee.”

For now, Hanson continued, “what is saving the country is not the third of Americans who have bachelor’s degrees, given the university has become a woke deductive, anti-empirical, anti-Enlightenment institution. For now, the more practical two-thirds of the population who did not graduate, and either never experienced the academic mind or got out quickly after they did, are our rear guard at Thermopylae. I concede, with the sadness of a former believer in higher education, that an entire institution has failed its pledge to the Enlightenment and we are back 2,700 years to Hesiod’s warning that with material progress comes moral regress.”

Hanson concluded: “The current madness is the stuff of history as we watch it predictably unfold, until — and if — a few, a ‘happy few,’ finally say to the mob, ‘no mas’, and pop this nightmarish balloon.”