One-party rule: Dems call for boycott of In-N-Out Burger after donation to GOP

The Resistance opened a new front in its food fight with alleged Trump sympathizers on Aug. 30.

California Democratic Party Chair Eric Bauman called for a boycott of In-N-Out after the mega-popular burger joint had the audacity to donate $25,000 to the state’s Republican Party. 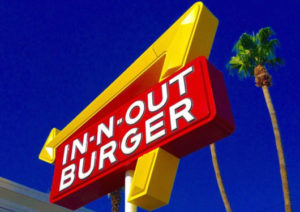 Many fans of the family-owned, Christian company are particularly fond of its special “animal style” burger slathered with extras like thousand island dressing.

In-N-Out Burger “made equal contributions to both Democratic and Republican” political action committees in California in 2018, according to a statement issued by Arnie Wensinger, the company’s executive vice president.

Filings show that In-N-Out gave at least $80,000 this election cycle to Californians for Jobs and a Strong Economy, a committee focused on electing business-friendly Democrats to the state legislature. The burger chain also gave at least $30,000 to the committee in 2016.

In-N-Out was founded by Harry and Esther Snyder in 1948. The company maintains strong Christian beliefs and puts references to Bible verses in its packaging.

California Republicans were eating up the Dems’ outrage.

“We have all of our children eating In-N-Out burgers. Even my son’s German Shepherd eats In-N-Out,” said state Sen. Jim Nielsen, whose staff ordered 25 burgers and 50 bags of fries for lunch the day the boycott was launched.