It was the NYPD’s Special Victims Unit which, while investigating the possible “heinous” acts of Anthony Weiner, discovered hundreds of thousands of emails that led to the re-opening of the FBI’s investigation into Hillary Clinton, sources within the NYPD are saying.

Internal NYPD sources have told media and social media outlets that tens of thousands of emails were found in a folder labeled “life insurance” on Weiner’s laptop. 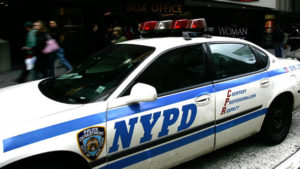 The Special Victims Unit is said to have made the discovery while investigating Weiner for allegedly sexting a 15-year-old girl.

The sources are saying the NYPD discovered the files almost a month ago and turned them over to the FBI two weeks ago.

“Admittedly it’s speculative but is it difficult to imagine the FBI and DOJ attempted to keep this latest discovery quiet but were pressured to by the NYPD who would or could leak them themselves?,” a report on iPatriot.com said.

Presuming NYPD involvement is true, the iPatriot report concluded that Hillary Clinton may be able to hush the corrupt DOJ and FBI. Hillary cannot hush the men in blue from the NYPD who Hillary has no impact or authority over. “Although the circumstances on this occasion would be unique, it certainly would qualify as their most heroic act as the NYPD is quite literally standing up to the Obama and Hillary-controlled corrupt FBI and DOJ,” the report said.