North Carolina in the running for Amazon’s second HQ

North Carolina is hoping that a new budget initiative with enhanced incentives for businesses will entice Amazon to choose the Tar Heel state as the location for its second headquarters.

Earlier this month, Seattle-based Amazon said it would spend $5 billion in construction and hire up to 50,000 high-paying jobs for the second headquarters. 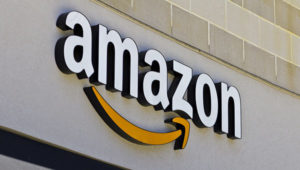 A provision in the North Carolina budget in June provides enhanced incentives for companies that invest at least $4 billion and create at least 5,000 jobs.

“In return, these ‘transformative projects’ could receive full refunds on their tax bills and the state can chip in money to help develop the sites,” the Raleigh News & Observer said in a Sept. 18 report.

“You know you’re talking about projects on the highest end,” Rep. Nelson Dollar, a Republican from Cary and key budget-writer, said in a recent interview. “We wanted to make sure we could put ourselves in the running.”

Amazon said that “A stable and business-friendly environment and tax structure will be high-priority considerations for the Project.” The company has given competitors until Oct. 19 to submit proposals. A location will be chosen next year.

North Carolina Gov. Roy Cooper’s administration has the authority to decide which projects are worthy of receiving the incentives that will be awarded through the state’s Job Development Investment Grant program.

“Now the legislature and the executive are all in sync on pursuing these large transformational projects,” NC Commerce Secretary Tony Copeland said. “I think people of good will on both sides of the aisle are working together and will come together on large projects even outside the scope of that legislation.”

Dollar said the transformative fund and previous actions taken by the legislature make North Carolina a strong candidate for the Amazon project.

“It’s a tremendous tool for the Department of Commerce to have if you have the opportunity to land a major project of that size,” he said.

“North Carolina citizens are the greatest beneficiaries of these statewide policy changes that created a world-class business climate and a powerful investment tool to attract the best jobs and most competitive companies like Amazon.”