Newt Gingrich ‘will not accept Joe Biden as president’

Former House Speaker Newt Gingrich said that he does not “have any interest in pretending” that the 2020 presidential election result “is legitimate or honorable.” 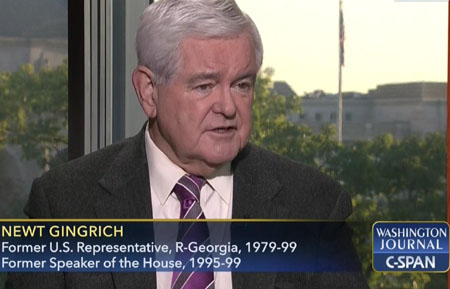 “It is simply the final stroke of a four-year establishment-media power grab. It has been perpetrated by people who have broken the law, cheated the country of information, and smeared those of us who believe in America over China, history over revisionism, and the liberal ideal of free expression over cancel culture,” Gingrich noted in a Dec. 21 op-ed for The Washington Times.

Gingrich noted that a friend had asked why he had not recognized Joe Biden as president-elect. He responded: “As I thought about it, I realized my anger and fear were not narrowly focused on votes. My unwillingness to relax and accept that the election was over grew out of a level of outrage and alienation unlike anything I had experienced in more than 60 years involvement in public affairs.”

The former House Speaker said that officials in key states violated laws: “Officials in virtually every swing state broke their states’ own laws to send out millions of ballots or ballot applications to every registered voter. It was all clearly documented in the Texas lawsuit, which was declined by the U.S. Supreme Court based on Texas’ procedural standing — not the merits of the case.”

Additionally, Gingrich wrote, “it’s clear that virtually every swing state essentially suspended normal requirements for verifying absentee ballots. Rejection rates were an order of magnitude lower than in a normal year. In Georgia, rejection rates dropped from 6.5% in 2016 to 0.2% in 2020. In Pennsylvania, it went from 1% in 2016 to .003% in 2020. Nevada fell from 1.6% to .75%. There is no plausible explanation other than that they were counting a huge number of ballots — disproportionately for Mr. Biden — that normally would not have passed muster. That’s the election.”

Then you had the entire corporate media lying “about the timeline of the COVID-19 vaccine,” Gingrich added. “They blamed President Trump for the global pandemic even as he did literally everything top scientists instructed. In multiple debates, the moderators outright stated that he was lying about the U.S. having a vaccine before the end of the year. If Americans had known the pandemic was almost over, that too was likely the difference in the election.”

Gingrich noted that there were “more than 74 million voters who supported President Trump despite everything — and given the election mess, the number could easily be significantly higher. The truth is tens of millions of Americans are deeply alienated and angry.”

Given this environment, Gingrich noted, “I have no interest in legitimizing the father of a son who Chinese Communist Party members boast about buying. … I write this in genuine sorrow, because I think we are headed toward a serious, bitter struggle in America. This extraordinary, coordinated four-year power grab threatens the fabric of our country and the freedom of every American.”