Attorneys have threatened to file lawsuits against the firms selected by the Arizona state Senate to conduct a comprehensive audit of Maricopa County’s 2020 election results. 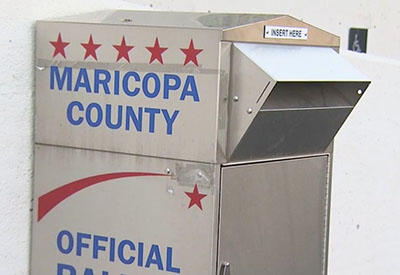 In a letter emailed Tuesday to the Senate’s hired auditors, attorneys for the non-profit voting-rights group Protect Democracy and three Phoenix firms warn that the auditors’ plan to knock on doors to search for voters likely violates state and federal law, News12 in Phoenix reported.

The lawyers say lawsuits could follow if the audit proceeds as planned.

“There really must be some bad stuff lingering in the results of the 2020 Election in Maricopa County because the Democrats and the county’s Board of Supervisors are doing everything they can to prevent an adequate audit of the results in the county,” Gateway Pundit’s Joe Hoft noted on April 6.

In an April 1 letter, the Arizona state Senate announced that it had hired a team of independent auditors to conduct a “comprehensive, full forensic audit of the 2020 election in Maricopa County.”

The audit includes a hand recount of all ballots and an audit of the “electronic voting system.”

Joe Biden was supposedly the first Democrat to win Maricopa County in 72 years.

“This makes no sense since Biden and Harris couldn’t even fill a few circles at a joint event before the November election,” Hoft noted. “President Trump, however, held massive rallies in the state before the election.”

Meanwhile, in Georgia, Fulton County “has played delaying tactic games as well,” CD Media noted in an April 7 report. “There is a hearing on April 13 to decide how the forensic audit of ballots at ground zero of election fraud in the Peach State moves forward. We expect more shenanigans there too.”

In short, the report added, “along with actions in other states where the election fraud took place, the legitimacy of the Biden regime is about to be revealed, in a major way.”