Islamic State (ISIS) is persisting in its claims that Las Vegas gunman Stephen Paddock was acting on the terror group’s behalf. 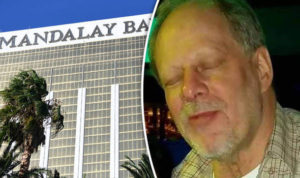 In the Oct. 6 issue of its al-Naba newsletter, ISIS claims Paddock converted to Islam six months ago.

The newsletter used the nom de guerre that ISIS bestowed up Paddock earlier in the week – “Abu Abdul Barr al-Amriki” – the American.

“The brother Abu Abdul Barr stationed himself for the invasion on the 32nd floor of a hotel overlooking a concert, and opened fire continuously on the crowds using 23 guns and more than 2,000 rounds, and died, may Allah accept him, after exhausting his ammunition,” al-Naba states.

On Oct. 2, ISIS’s Amaq news agency reported that the “Las Vegas attacker is a soldier of the Islamic State who carried out the attack in response to calls for targeting coalition countries.”

Along with Amaq, ISIS’s Nashir channel and affiliated al-Batar Media Foundation all insist Paddock acted on behalf of the terror organization.

On Oct. 4 in Las Vegas, FBI Special Agent in Charge Aaron Rouse told reporters: “We have found no evidence to this point to indicate terrorism, but this is an ongoing investigation. We’re going to look at all avenues, not close any.”