ISIL bans cats as contrary to its ‘vision, ideology and beliefs’

The entities at Islamic State of Iraq and Levant (ISIL) are not cat people.

The terrorist organization’s religious authorities have issued a new law banning the nurturing of pet cats as they are against ISIL’s “vision, ideology and beliefs”, according to the group’s propaganda network. 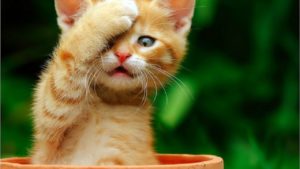 The anti-cat law has already been implemented in ISIL’s area of control in the Mosul region, the largest city occupied by the terror group.

ISIL’s jihadists in Mosul were directed to conduct a house-by-house search for cats and kittens. Residents were warned not to violate the law or oppose the soldiers searching for cats.

Some Islamic scholars are baffled by the law, since cats are considered to be pure and even blessed animals in Islam.

One such Islamic tradition is the story of the Prophet Muhammad’s cat Mueza. Muhammad apparently cut off the sleeve of his prayer garment so that it would not disturb her sleep and reportedly blessed cats and gave them the ability to land on their feet when jumping.

In the past, many of the terror group’s soldiers had posted photos on their Facebook pages with their pet cats. Those jihadists will be forced to remove the pets in accordance with the new law.

Now, after the latest pronouncement, an ISIL jihadist’s worst nightmare might be that when they are martyred, they get 72 cats instead of 72 virgins.