The hacking of a network used by UK Prime Minister Theresa May, her cabinet and all members of British parliament was carried out by Iran, reports say. 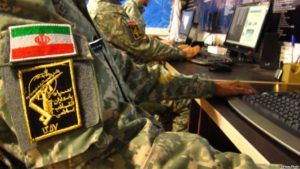 In all, 90 email accounts were hacked, but a total of 9,000 accounts were affected by the attack, the Telegraph reported, citing Whitehall sources.

The “brute force” June cyberattack may have been carried out by Iran’s Islamic Revolutionary Guard Corps (IRGC), the reports said.

The attack, which was initially blamed on Russia, was “not especially sophisticated,” according to BBC security correspondent Gordon Corera.

“It’s not clear what the Iranian motive was,” Corera told BBC Radio 4, adding that Iran may have been simply “exploring networks to see what they could find.”

But it is a sign that Iran is becoming “more aggressive and capable as a cyber power,” he added.