State media ignored thousands of frustrated Iranians who gathered in the city of Esfahan on July 1 to protest Teheran’s costly involvement in the Syrian war. 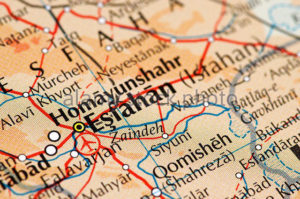 Footage obtained by Saudi Arabia’s Al Arabiya network and translated by the Middle East Media Research Institute (MEMRI) shows a massive demonstration in which protesters can be heard chanting “think about us! Leave Syria!” and “Support us Iranians!”

The protest was held on Al Quds Day, the annual day of Israel-hatred established by the Islamic Republic’s founder Ayatollah Ruhollah Khomeini.

While the Esfahan protest was ignored, Al Quds Day rallies were widely covered by state media and featured calls for the annihilation of the State of Israel, the United States and Great Britain.

The protesters in Esfahan voiced their frustration over Teheran’s costly deployment in Syria on behalf of the Assad regime at a time when ordinary Iranians are struggling to make ends meet.

The protesters also took issue with the huge amounts of money poured into the establishment of a number of powerful Shia Islamist militias in both Syria and Iraq and the continued backing of Houthi rebels fighting the Saudi-led coalition in Yemen.