‘I’m really frightened’: Grandma, 69, heads for prison after being ‘pushed’ into Capitol on Jan. 6

A 69-year-old grandmother and cancer patient will be going to prison after being convicted of misdemeanor trespassing for entering the U.S. Capitol building on Jan. 6, 2021. 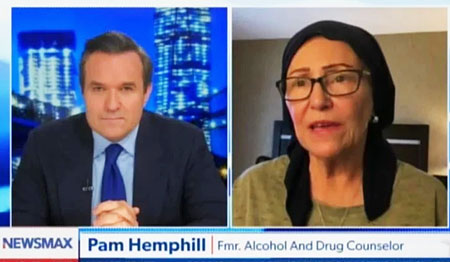 Pam Hemphill will serve a 60-day sentence. She said she was essentially “pushed” into the building by other “protesters.”

The Boise, Idaho resident told Newsmax TV host Greg Kelly that a man who was pushing her and other people over the barriers was never arrested. She described the man as a “Ray Epps” type of character.

Hemphill told Kelly that she is “really frightened” and had never been to prison before.

Judge Royce Lambert of the U.S. District Court for the District of Columbia sentenced Hemphill to two months in jail and three years probation as part of a plea agreement with federal prosecutors. Three other counts were dropped under the plea agreement. In addition to jail time and probation, the judge ordered Hemphill to pay $500 restitution.

Prosecutors said the Department of Justice acknowledged Hemphill’s lack of a criminal history and that, after then-President Donald Trump urged the protesters to leave, she tried to prevent others from entering the Capitol. However, the prosecutor said, Hemphill “needlessly drew resources away from police at a time when they were desperately needed.”

A former drug and alcohol counselor who said she has been sober for 42 years, Hemphill said she has helped thousands of addicts find sobriety.