On Oct. 19, ten people decided to dupe the system and claim that they had been the victims of and witnesses to horrendous crimes. They claimed that two armed robbers entered Bob’s Burgers & Teriyaki restaurant in SeaTac, WA, tying up one employee and seven customers on the ground. According to the story, the assailants then sexually assaulted two women and stole money, jewelry, car keys, and whatever other items they wanted from the restrained victims. Pretty frightening … except that it was all a hoax. According to the King County Sheriff’s Office, the whole incident was nothing more than a ploy to try and get visas that are available to immigrants in certain situations – such as being a victim of or witness to a crime. 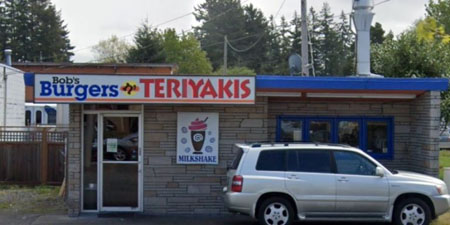 The “perpetrators,” who wore masks, then took off in a brown 2006 Ford F-150 with chrome rims and large tires, the witnesses described with surprising detail. The truck also had a lift kit and a visible license plate number – apparently, the group decided to use one of their own vehicles as the getaway car.

What was in those burgers, anyway?

“It was all a lie,” Sheriff Mitzi Johanknecht said during a press conference. “Every employee present that evening, every customer, participated in a deliberate hoax.” Sheriff’s spokesman Sgt. Ryan Abbott said a store manager, the employee who called the police, six customers, and the two alleged robbers were all in on the staged robbery.

After some investigative work, police realized the stories just didn’t match up, and two of the witnesses eventually admitted the incident was set up in an attempt to qualify for a U visa. Just how many of the non-victims were seeking these visas is unknown because the sheriff’s office has a policy not to ask about immigration status, Abbott said.

The spokesman further said that none of the people involved, who range from 38 to 51 in age, are in custody. Furthermore, when asked if ICE would become involved in the case, Johanknecht said, “I’m not letting go of this.”

Congress brought the U visa into being as part of the Victims of Trafficking and Violence Protection Act (including the Battered Immigrant Women’s Protection Act) in October 2000. The law allows visitors who have been victims or witnesses of certain crimes in the U.S. to remain in the country and assist law enforcement in prosecuting the offense. Most of the qualifying crimes are serious, including a range of violent offenses, kidnapping, and interference in the justice system through witness tampering and so on. While the visa is intended to provide relief from victims’ trauma and to help police, routes to a green card are provided, as is sponsorship for family members to gain U.S. residency. It appears the people behind the restaurant ruse aimed to use this publically little-known visa to gain legal residency – a creative plan, but one that ultimately failed.

“The City is disheartened that individuals would falsely report a crime causing the diversion of first responders, other emergency calls and major crime cases … This hoax does harm to all true victims of sexual assault.”

Why would these people band together to falsify such serious crimes? Don’t they know they could be liable for serious penalties? Or could it be that they are not too concerned with being punished since people have been getting away with making false accusations lately? Just look at high profile cases such as Supreme Court Justice Brett Kavanaugh, who has had numerous women come forward claiming he sexually assaulted them, only to turn around and say it was all a lie. What has happened to those accusers? Have they been charged with any crime? And then there’s the Jussie Smollett case, which still hasn’t been resolved.

Sanctuary laws only aid this kind of criminal trickery. It is illegal to enter the U.S. without authorization, yet these complicit regions allow not just this unlawful presence but additional crimes. Antics like this visa hoax provide just another example in a barrel full of reasons why the progressive left’s agenda is hurting the American people.