If you are breaking bread with Pocahontas, you might take a closer look.

It turns out Massachusetts Democratic Sen. Elizabeth Warren plagiarized what she claimed were her family’s “Cherokee” recipes published in the book “Pow Wow Chow”. 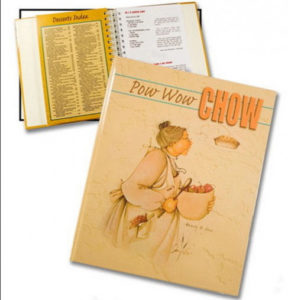 Radio talk show host Howie Carr released evidence that appears to confirm that Warren’s recipes weren’t, as she claimed, handed down from generation to generation, they were copied from the New York Times and Better Homes and Gardens.

In the 1984 cookbook Pow Wow Chow, edited by Warren’s cousin Candy Rowsey and billed as a collection of recipes from the Five Civilized Tribes, Warren’s recipes are featured alongside her mother’s directions for sugar cake and her two children’s recipe for peach cobbler.

According to Carr, Warren’s recipes for Crab with Tomato Mayonnaise Dressing and Cold Omelets with Crab Meat appear to be word for word copies of a French chef’s design.

“When I was chef at Le Pavilion it enjoyed a considerable esteem in America, and the owner, Henri Soule, had one particular specialty that he would ask to have prepared for his pet customers. The dish was a great favorite of the Duke and Duchess of Windsor and Cole Porter,” wrote chef Pierre Franey in an article syndicated by the New York Times News Service on August 22, 1979.

The preparation of the omelet is nearly identical, with both Warren and Franey detailing the use of a “seven-inch Teflon pan.”

The only difference in the recipes, Carr noted, is that Franey said the egg mixture should be “lightly browned.”

Warren’s recipe for Herbed Tomatoes appears to be lifted directly from a recipe in a 1959 Better Homes and Gardens magazine, right down to instructions for how to enjoy the dish.

“Great accompaniment to plain meat and potatoes meal!” both Warren and the Better Homes author say.