“Gone are the days when college students could dress up without fear of being reported to a bias response team,” The College Fix noted in an Oct. 16 report. “In recent years, more and more campus leaders have made it their mission to warn students what not to wear.” 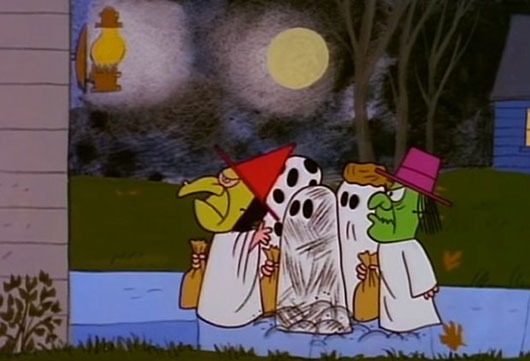 Sombreros – out. Rice hats – out. In fact, just forget about wearing any kind of hat from another culture.

Don’t even think about dressing up as Pocahontas, even if you are just paying homage to Sen. Elizabeth Warren.

“Cultural appropriation is defined as ‘the act of taking intellectual and cultural expressions from a culture that is not your own, without showing that you understand or respect the culture,’ ” explains a University of St. Thomas diversity memo to students.

“This can be as simple as wearing a Dashiki without knowledge or respect to West African culture, and as serious as wearing a fake Native American headdress without any regard of its sacredness. It generally incorporates a history of prejudice and discrimination by perpetuating long-standing stereotypes.”

Princeton wants students to remember on Halloween that college is serious business, it is not super terrific happy time.

In a “Conversation Circle” at the Ivy League institution, students engaged “in a dialogue about the impact of cultural appropriation, Halloween, and why culture is not a costume.”

A letter written by members of University of Utah’s student affairs diversity council states: “As you get ready for Halloween here are some tips you can put into practice. Think to yourself: ‘Does the actual name on the costume packaging say ‘tribal’ or ‘traditional’? Does the costume include race related hair or accessories (dreads/locs, afros, cornrows, a headdress)? Does the costume play into racial stereotypes? … If you answered yes to any of these questions, you should rethink the costume and try again.”

White people should not dress up as deceased pop star Prince, but non-whites may. The guide specifically addresses Donald Trump costumes, saying anything making fun of the president is fine.

It also asks if the costume “validates white supremacists,”  “requires blackface, milk, or a swastika” or “humanizes inhumane people.”

Some students have created a “hierarchy of oppression” on college campuses to compete for being the most offended, said Cabot Phillips, media director at CampusReform.org.