Flynn relatives sue CNN for report that held them up to ‘public scorn, ridicule and contempt’

Two of Michael Flynn’s family members who said they were defamed by a CNN report which alleged they are affiliated with QAnon have sued the cable network for $75 million. 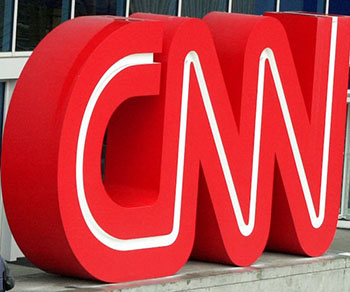 The former national security adviser’s brother, Jack Flynn, and Jack’s wife Leslie Flynn, alleged in U.S. District Court in New York City that the CNN report on Feb. 4 “falsely portrayed them as members of QAnon by selectively airing video footage from a family outing last Fourth of July where they joined Michael Flynn in reciting the oath to the Constitution that members of Congress take,” Just the News reported on March 26.

At the end of the oath, Michael Flynn said “Where we go one, we go all,” and the entire family responded, “God Bless America.” In its report, CNN edited out the pledge and the “God Bless America” exclamation and claimed the phrase uttered by Flynn was an “infamous QAnon slogan,” the lawsuit alleges.

Michael Flynn’s phrase was drawn from an inscription first “engraved on a bell on one of President John F. Kennedy’s sailboats, acknowledging the unity of mankind,” the suit stated.

“General Flynn intended to encourage people to think about being good citizens, to love country and be good patriots,” the lawsuit said. “The video had nothing to do with QAnon or recruiting ‘digital soldiers’ for an apocalyptic reckoning.”

Steven S. Biss, the Flynns’ lawyer, accused CNN of being “a Democratic Party trumpet that foreswore its role as an impartial reporter of facts and joined with political partisans in an overall plan or scheme to discredit the character of the Flynns. For that, it must be held accountable by a jury.”

Leslie Flynn said in a statement: “Enough is enough with CNN, and the lies about our family. We cannot sit by any longer and allow CNN to disparage our good name. This has got to stop.”

In the lawsuit, the Flynns alleged the CNN report caused their family “public scorn, ridicule and contempt, and lowered their esteem in the community, causing insult, embarrassment, humiliation and substantial injury” to their reputations.