The Left’s push to eliminate internal-combustion engines in favor of all-electric vehicles has the potential to create an environmental catastrophe, a report said.

What is most surprising about the May 6 report titled “The Lithium Gold Rush: Inside the Race to Power Electric Vehicles”, is the source — The New York Times. 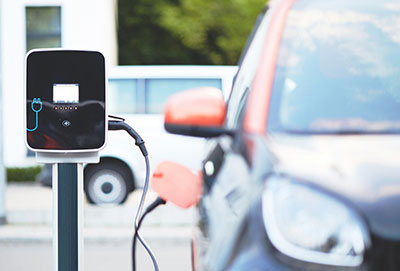 “Electric cars and renewable energy may not be as green as they appear,” the report warned.

A major reason switching to an all-electric fleet could lead to an environmental disaster is lithium.

Lithium is used in electric car batteries “because it is lightweight, can store lots of energy and can be repeatedly recharged,” the report noted, adding that “other ingredients like cobalt are needed to keep the battery stable.”

But, the report continued, production of lithium, cobalt and nickel are often ruinous to land, water, wildlife, and people.

The NY Times report pointed to a mining project in Nevada, part of the so-called Lithium Americas project, which “has drawn protests from members of a Native American tribe, ranchers and environmental groups because it is expected to use billions of gallons of precious ground water, potentially contaminating some of it for 300 years, while leaving behind a giant mound of waste.”

Max Wilbert, who has been living in a tent on the proposed mine site while two lawsuits seeking to block the project wend their way through federal courts, said: “Blowing up a mountain isn’t green, no matter how much marketing spin people put on it.”

As automakers increase the manufacture of electric vehicles, the United States will quickly need to find new supplies of lithium.

“If we don’t mine it here, we will have to depend on mining elsewhere,” Ed Morrissey noted in a May 10 analysis for HotAir. “That will be just as destructive to the global environment, plus make us dependent on the regimes that will ruthlessly extract these rare minerals. That puts us in no better position than we were when we refused to extract our own oil for our own consumption.”

Environmental issues with electric cars “don’t end with mining,” Morrissey added. “Manufacturing batteries is a highly toxic process, for instance, but battery disposal is even more so. Each car has its own battery, which means we’re already dealing with this, but forcing vehicles to go electric means multiplying those issues exponentially.”

Even more problematic, Morrissey noted, “is the question of energy distribution. Internal combustion engines allow for efficient production of energy within each car as needed, without needing to account for peaks and valleys in usage. Our current electric grid has become less reliable of late thanks to green-energy mandates, such as in California, where rolling blackouts are a regular summer feature before everyone’s car needs a charge from the grid. Where will the necessary energy originate to charge hundreds of millions of vehicles every day? Rather than use local internal combustion engines for power on demand, we will have to burn massive amounts of fossil fuels in less-efficient ways to provide the energy — or turn America’s vehicles into stationary statues for most of their life cycle.”