In February 2020, San Francisco became the first city in the United States to declare a local emergency over the coronavirus. At the time, there were no confirmed cases among city residents.

“We have other cities calling us. San Francisco is really leading the way in announcing a state of emergency and doing the advance planning,” Mary Ellen Carroll, executive director of the Bay Area metropolis’s Department of Emergency Management, boasted to The San Francisco Chronicle. 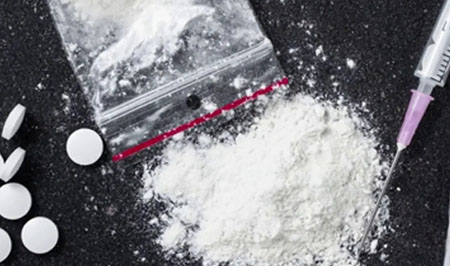 San Francisco thus served as a vanguard in helping to usher in an unprecedented and unrelenting 15-month-long period of harsh social curbs and lockdowns on the American people. This despite the fact that it was also reported in February 2020 that “data shows that 98% of those who have contracted the disease have survived – in fact, 80% of people who have gotten sick have had such mild cases and never saw a doctor for it” (WFXT-TV Boston).

Meanwhile, as the city mustered its resources to fighting the coronavirus, a much more deadly health threat was wreaking havoc on its streets.

“Drug overdoses resulted in more than 700 deaths last year, while the communicable disease declared a global pandemic killed fewer than 300 — and 2021 looks to be even worse,” The Chronicle bluntly reported on May 22.

“This year’s preliminary tally of 252 accidental overdose deaths from January to April, which is the latest available through the Office of the Chief Medical Examiner, suggests San Francisco is on track to surpass 2020 in overdose deaths, which was a record-breaking year itself — 181 people fatally overdosed over the same time period in 2021,” the paper detailed.

It’s not as if San Francisco officials didn’t see the surge coming. Greater availability and use of the highly addictive synthetic opioid fentanyl has been apparent for the past several years.

“Though fentanyl began to show up in San Francisco around 2015, only since 2018 has it become widely available, according to local officials, nonprofit workers and drug users. Overdose deaths in San Francisco increased 173% between 2018 and 2020,” The Wall Street Journal reported April 15.

“We anticipated mortality to go up because that is exactly what’s happened everywhere that fentanyl has settled into,” Dr. Phillip Coffin, director of substance abuse research for the Department of Public Health, tells The Chronicle.

Moreover, the city’s own political stances can be said to have contributed to the rising body count.

San Francisco has long boasted of its status as a sanctuary city for illegal aliens and its “sister city” ties to the Chinese communist city of Shanghai. “We have become increasingly entwined. The relationship should not be taken lightly,” then-Mayor and current California Gov. Gavin Newsom said in 2005 as he prepared to travel to the red Asian superpower along with former mayor and longtime friend of China Sen. Dianne Feinstein (D-CA) “to celebrate the 25th anniversary of San Francisco’s historic sister-city relationship with Shanghai.”

“Politically, China is the hippest place to go,” Jim Ross, “a San Francisco political consultant who ran Newsom’s day-to-day mayoral race in 2003,” told The Chronicle in 2005.

“Fentanyl in the U.S. is often made by Mexican cartels using precursor chemicals from China, according to the Drug Enforcement Administration,” The Journal notes.

“The best practice to reduce the risk of Covid is isolation,” Kristen Marshall, “manager of the DOPE Project, a program of the National Harm Reduction Coalition that is funded by the city and oversees San Francisco’s overdose prevention efforts,” told The Wall Street Journal. “Isolation is also the thing that puts people at the absolute highest risk of overdose death.”

As this festering health crisis continues to worsen, The Chronicle reported May 22 on city residents who aren’t ready to give up their coronavirus masks, despite U.S. Centers for Disease Control and Prevention guidelines on the matter.

“It’s kind of like a weighted blanket for your face,” Caitlin Kirby told the paper. “It makes you feel really safe.”