Defund the ATF, say some conservatives who fear Biden gun-grab

Second Amendment advocates who have long warned of the anti-gun proclivities of the ATF (Bureau of Alcohol, Tobacco, Firearms, and Explosives) are calling for the agency to be dismantled before its agents can be deployed by a possible Biden administration to confiscate Americans’ firearms. 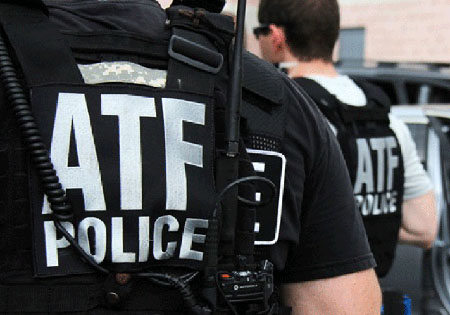 On Dec. 10, ATF agents raided Dayton, Nevada-based Polymer80. The company manufactures unfinished receivers and frames, often referred to as 80 percent. It was the first direct assault on unfinished frames and receivers since a November report of collusion between the ATF and Biden’s transition team to target these items.

In a Nov. 10 report for Ammoland.com, gun rights activist John Crump detailed a leaked ATF conference call in which the agency’s acting director and associate deputy director, Regina Lombardo and Marvin Richardson, “told those in attendance that the anti-gun Biden transition team has reached out to the ATF to get the agency’s ‘top priorities.’ ” The report went on to note that “Lombardo told those on the call that her priorities would be pistol braces and 80 percent lower receivers.”

“This ATF is simply out of control,” Pratt said. “This agency — which shouldn’t exist in the first place — is not held accountable for its actions, and honest gun owners who are being turned into criminals are paying the price.”

The ATF has issued its “Objective Factors for Classifying Weapons with Stabilizing Braces” proposal, indicating that it fully intends to reclassify AR-platform pistols featuring stabilizing arm braces as NFA weapons subject to registration and taxation.

“If there were any lingering questions as to how far ATF has gone off into the deep end, this document settles it,” said Pratt. “The ATF is the embodiment of the word ‘infringement,’ and GOA is prepared to combat its actions at every turn. GOA will rally the grassroots to fight these regulations, and if they eventually go into effect, we will commence immediate legal action to protect gun owners.”