Crimes against humanity at warp speed: The vaccine cabal unleashed

Commentary by Lawrence A. Hunter, Ph.D., Part I

There is widespread agreement backed up by solid research that the federal government’s voluntary (“passive”) Vaccine Adverse Events Reporting System (VAERS) is fundamentally flawed because it captures only 1 percent to 10 percent of all adverse vaccine events.

As the number of COVID vaccine-related deaths reported to VAERS rises to unprecedented highs (now in excess of 4,600), the vaccine zealots have reversed strategies in their grand denial. They now claim VAERS over-reports deaths from the vaccine, cluttering the system with spurious incidents, or as Anthony Fauci would say, “mere anecdotes.” 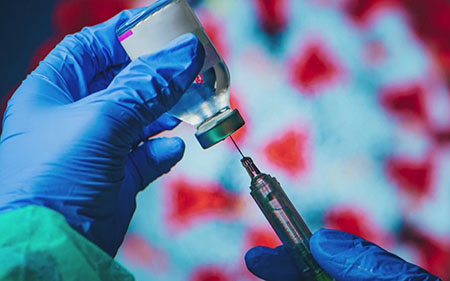 Therefore, when it comes to the number of vaccine-related deaths specifically, vaccine zealots put on their shyster-lawyer hat and plead special circumstances. They characterize vaccine deaths as an exception to the general rule – every other adverse event may be grossly under-reported but not deaths.

Because deaths are such extraordinary and serious adverse events, they argue, doctors and regulators fall all over themselves reporting these events, resulting in the VAERS system’s capturing a much higher percentage of deaths (some fanatics argue all deaths) than other, less serious adverse events. Attempting to debunk the accusation that VAERS under-reports deaths at essentially the same rate, or higher, as it under-reports other adverse events, vaccine zealots contend their logic on the special nature of vaccine deaths is so compelling and self-evident that no empirical evidence is required to establish its validity.

Let me assume the role of opposing counsel and propound a rebuttal to their special pleading.  Simple, the most serious of all adverse events, death, also carries with it an extraordinary motivation for the very actors in the system responsible for reporting the adverse events (e.g., doctors, medical personnel, pharmaceutical companies, government regulators, insurance companies) to downplay the overall number of deaths associated with vaccines. The stakes after all are enormous for these actors. The vast majority of them run from vaccine deaths and life-threatening adverse events like the plague and try to bury them in fallacies.

Thus, the temptation to whitewash and cover up vaccine-related deaths is huge.

But my rebuttal does not rest on “compelling logic” alone; it also is substantiated by solid empirical evidence. One case study suffices to make the point, although there are many more similar case studies, which limited space precludes discussing here.

In a candid and emotional interview with Del Bigtree of The Highwire, three nurses, all of whom had been vocally pro-vaccine before receiving the COVID jab, reveal the horrific experiences they had after taking the COVID-19 injection. The interview divulges, with videos, the severe adverse reactions the three women endured, which began just days after they were jabbed. It also exposes the willful blindness of the political, corporate and medical establishments, exhibiting a state of complete denial. Caregivers and stakeholders flee in panic from the increasing number of individuals and their families who are experiencing death and life-threatening adverse effects from the vaccine.

These nurses were shunned, shamed, denied medical treatment, gaslighted and flippantly diagnosed with psychogenic movement disorder, meaning it was all in their heads. Then they were subjected to the ultimate punishment, denial of reimbursement for their medical bills by their insurance companies – all because they dared draw the obvious connection between the vaccine and the condition that afflicted them soon after receiving the jab.

Vaccine zealots lecture the public that “correlation does not mean causation” and that a death being reported to VAERS does not establish causation. A report to VAERS, they claim, demonstrates only “a potential association that needs further scientific investigation.”

Moreover, when one compares their application of a double standard where COVID deaths and vaccine deaths are concerned, their shameful behavior becomes self-evident.

When it comes to reporting COVID deaths, they shamelessly violate the “correlation ≠ causation” maxim. “Dying with COVID,” “presumably dying with COVID” or “dying after testing positive for COVID with a (meaningless) PCR test” (all weak to non-existent correlations) are all equated to “dying from COVID (true causation).

When determining a vaccine death, however, just as with the three healthy nurses who managed to survive life-threatening vaccine injuries, the vaccine zealots demand irrefutable scientific proof that the vaccine caused the death before taking the death into consideration in deciding whether to pull the vaccine off the market.

The CDC recently exhibited this same kind of bureaucratic schizophrenia when it examined VAERS reports on COVID-19 vaccines. It found 4,178 reports of deaths among people who had received the jab between December 14, 2020 and May 3, 2021. The agency asserted, however, that “a review of available clinical information, including death certificates, autopsy and medical records, has not established a causal link to Covid-19 vaccines.”

So, if you sneeze, you’ve got the COVID but if you go into convulsions and twitch like a beached flounder after you took the COVID injection, or even drop dead on the spot, it’s all in your head or simply a “coincidence.”

The CDC’s professed need for a proven causal link between the vaccine and the death is also a complete departure from the long-prevailing FDA standard used in deciding whether to pull a vaccine from the market. Normally, a vaccine program will be killed immediately in the name of public safety based on nothing more than the occurrence of as few as 50 (sometimes even fewer) reported deaths by people who have been vaccinated. But not the COVID jab.

When thousands of people are dying after being jabbed, it is criminal to continue administering vaccines while the laborious scientific process grinds on in search of a definitive conclusion. Hey docs, remember the Hippocratic Oath? It says, “First, do no harm,” not, “Risk doing harm first and continue putting your patients’ lives at risk until the medical bureaucrats say you must stop because they have finally proven ‘scientifically’ that you are doing harm.” Have doctors lost all capacity for critical thinking? Seems so.

Dr. Peter A. McCullough (M.D., M.P.H.) explains the rational way the precautionary principle was applied to suspected vaccine deaths prior to 2020, before the vaccine fanatics took total control and began running roughshod over the public:

When the FDA evaluates drug products… the FDA doesn’t opine on causality. The FDA, honestly, doesn’t differentiate on whether anybody thinks the death was due to the product.

For a typical new drug, at about five deaths – unexplained deaths – we get a “black-box warning” your listeners would see it on TV, saying it “may cause death.” And then at about 50 deaths, it’s pulled off the market.

McCullough cites the 1976 Swine flu fiasco as setting the precedent. The Swine flu vaccine program was scuttled at 25 reported deaths, no questions asked, no family members of victims required to “prove” the vaccine was the cause of death. Yet, at the time of McCullough’s interview in April, COVID-19 vaccines already had coincided with 2,602 American deaths, according to VAERS, and the vaccines still not been pulled from the market with deaths now in excess of 4,600. Worse yet, in March the CDC undertook what McCullough calls a “scrubbing,” to whitewash and cover up the unprecedented number of deaths.

…it’s unprecedented how many deaths [of vaccine recipients] have accrued. Then on March 8, the CDC announced on their website, with very little fanfare, that they had reviewed about 1,600 deaths with unnamed FDA doctors, and they indicated not a single death was related to the vaccine…It is impossible for unnamed regulatory doctors without any experience with COVID 19 to opine that none of the deaths were related to the vaccine…it would take many months [to complete an investigation]. …it was a scrubbing.

Indeed, the scrubbing, whitewashing, censoring and cancelling has become institutionalized when it comes to the COVID vaccine. On Dec. 10, 2020, a “Trusted News Initiative” was created, which McCullough describes as “a coalition of all major media and government and corporate stakeholders in vaccinations [i.e., Silicon Valley] where they are not allowing any negative information on vaccinations to get into the popular media because they are concerned about ‘vaccine hesitancy.’”

That means in about five months, more than 670 people died within 24 hours of being vaccinated, 1,000 people died within 48 hours of taking the jab and at least another 630 people who died eventually became ill in the first two days after receiving the vaccine. “Spurious?” “Coincidental?” “Anecdotal?” As Mr. Biden would say, “Come on man!” That statistic alone justifies an immediate shut down of the entire vaccination program, right now.

To view a citizens’ petition “requesting that the FDA revoke Emergency Use Authorizations for existing COVID vaccines and refrain from approving and licensing them,” go here.

And yet, the vaccine fanatics are doubling down. Had these outcomes occurred with any other “vaccine” at any time prior to 2020, when more rational minds prevailed, they all would have been unceremoniously withdrawn from the market as soon as VAERS-reported deaths hit 50, probably sooner. Instead, the medical/pharmaceutical/political vax cabal persists in its maniacal efforts to jab every single American and to cancel anyone who resists.

We are witnessing nothing less than medical fascism at work, complete with uninformed experimental treatments that are brazen violations of the Nuremberg Code, which appears to be no obstacle to the vax cabal’s unapologetic commission of crimes against humanity.

Part II will examine the risk-to-benefit ratios being used to justify the vaccine. Could total Covid deaths conceivably be eventually surpassed by vaccine deaths?