The Chinese Communist Party’s plan to eliminate freedom of the press in Hong Kong is nearing completion with the announcement by Next Digital that it is ceasing operations. 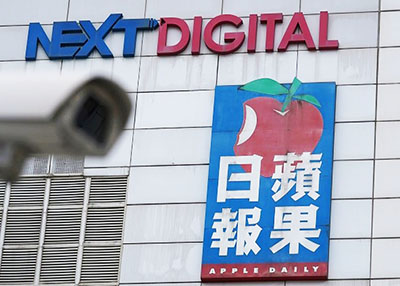 With its founder in jail and its stock suspended from trading, Next Digital said in a statement that it had no choice but to succumb to the CCP’s will as it was left with no way to operate.

All four remaining directors of Next Digital, parent company of the now-defunct pro-democracy Apple Daily, have resigned and called for the company’s liquidation, citing a “climate of fear” created by communist China’s new national security law.

“Under this new law, a company can be forced into liquidation without the involvement of the courts,” the Next Digital statement said. “We have concluded that the best interests of shareholders, creditors, employees and other stakeholders will be served by an orderly liquidation.”

Jimmy Lai, the founder of Next Digital, is in jail on charges related to the national security law.

In June, Hong Kong authorities had frozen Next Digital’s bank account, resulting in the closure of its flagship newspaper Apple Daily.

Also in June, Next Digital’s stock was suspended from trading. Its stock had soared at times over the past year as supporters of Hong Kong’s pro-democracy cause bought shares.

Mark Clifford, an independent non-executive director of Next Digital, said: “When you abuse state power and freeze bank accounts and throw people in jail — the editor in chief, the chief executive, the founder — it smacks of a banana republic. This is not what made Hong Kong a center of international investment or the image that it prides itself in, with rule of law and protection of property rights.”

In August, Hong Kong’s auditing watchdog, the Financial Reporting Council also opened an investigation into the company, according to The New York Times. The company reportedly has been unable to pay outstanding wages to about 700 editorial employees as its bank accounts are frozen.