Amid an economic downturn at home, Saudi Arabia for seven consecutive months has failed to send a monthly payment of $20 million to the Palestinian Authority. 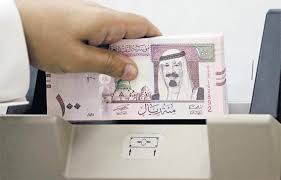 The Palestinian Authority (PA) Finance Ministry said the cumulative total of Saudi aid that has not yet been transferred to the Treasury in Ramallah stands at $140 million.

The Finance Ministry said that 70 percent of donors have not fulfilled their “obligations” to transfer financial aid to the PA.

Financial analysts are advising the PA to re-examine government spending in light of the new situation.

Analysts say that PA President Mahmoud Abbas, who continues to blame Israel for the PA’s financial woes, spends six percent of the PA’s annual budget to pay $4.5 million a month to jailed terrorists and another $6.5 million to their families.

The PA has repeatedly asked for foreign donations in recent years, claiming it is on the verge of collapse due to a worsening financial crisis.

Since the start of 2013, Saudi Arabia has been providing the PA with a monthly sum of $20 million, which was increased from $13 million.