Is it time for California to go?

Gov. Jerry Brown responded by claiming the Trump administration “is basically going to war against the state of California.” 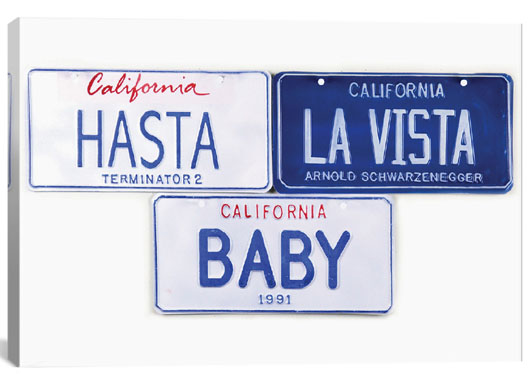 Think about it: Sessions’ constitutionally valid actions to uphold the rule of law and bring California to heel is now being equated to an act of “war.”

This is how out of control and lawless the Democratic state has become. Brown needs to be reminded that California is not a sovereign nation — at least, not yet. It cannot simply cherry pick which laws it wishes to follow.

The Constitution is clear: The supremacy clause stipulates the federal government’s authority supersedes those of the states on immigration. Hence, California’s sanctuary state status is not just illegal, but seditious.

Brown and California’s Democrats are behaving as if they are above federal immigration law. They are not. California is still part of the Union. Hence, it must adhere to federalism and constitutional government. Instead, it is acting like a Third World banana republic — American laws increasingly do not apply on California soil.

Brown is engaging in neo-nullification. He — and other Democratic leaders of sanctuary cities — is walking in the dark footsteps of Wallace and John Calhoun.

Moreover, California’s Democrats are putting the interests of foreigners, violent criminal illegal aliens, above those of law-abiding U.S. citizens.

The incident that finally triggered the Justice Department’s lawsuit was the reckless act of Oakland Mayor Libby Schaaf. She is a hard leftist, who presides over a “sanctuary city.”

Prior to a recent ICE operation, she publicly warned illegal immigrants that federal authorities were planning a sweeping raid. Because of her actions, hundreds of illegal alien criminals evaded capture — including MS-13 gang members and felons convicted of drug possession and child molestation.

Schaaf should be indicted for obstruction of justice and aiding and abetting illegal immigrants. She needs to go to jail, as well as other mayors and governors (such as Brown) who are openly flouting federal laws.

California represents a warning about the dangers of open borders, unlimited immigration and multiculturalism. When President Trump quipped about “sh*t hole” places he forgot to mention the Golden State.

Once a symbol of the American Dream, it has descended into Third World chaos. The state is overrun with illegal immigrants; crime, gang violence and drug-use is rampant; hospitals, schools and prisons are overwhelmed with illegal aliens; crushing taxes are driving businesses and middle-class citizens out; cities, such as San Francisco, are littered with human feces, heroin needles and garbage; welfare fraud and government dependence is soaring; vast swathes of homeless encampments blot the landscape; and Spanish is slowly eclipsing English as the state’s common language.

In short, California is being transformed into Mexifornia — a political and economic vassal of Mexico.

Which begs the question: Should California leave the Union? It is an independent nation in everything but name. Southern California may be an administrative part of America — and the West — but culturally, socially and demographically it is an extension of the Third World. If Brown truly believes that restoring federal immigration law and ending sanctuary cities is an act of “war,” then maybe the rest of the United States should simply cut California loose. Already, over 30 percent of Californians favor secession. There is a movement, known as Calexit, calling for a referendum on national independence.

Don’t get me wrong. I am a nationalist. There is nothing I would hate more than to see the break-up of America.

Yet, if California’s elites insist on making a mockery out of our laws and Constitution, then they should hold a vote on seceding and go their own way. Middle America — myself included — will not shed a tear. Good riddance.