Fox News dropped the ridiculous “Fair and Balanced” motto in 2017. 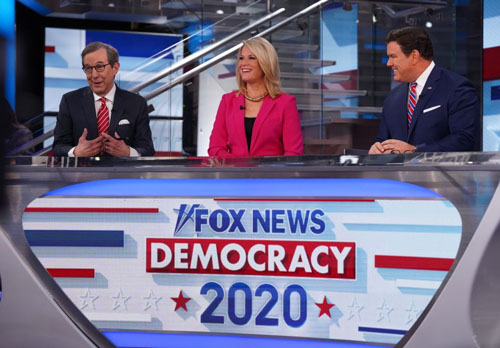 In the first 2020 presidential debate, Fox News personality Chris Wallace was blasted for his disgraceful turn as moderator. “I guess I’m debating you, not him, but that’s OK. I’m not surprised,” President Donald Trump said during the debate.

On Nov. 3, 2020, Fox dropped all pretense of objectivity when it disgracefully called Arizona for Joe Biden far too early while deceptively holding back calling Florida for President Donald Trump until far too late.

Fox also followed in lock step with its corporate media comrades in anointing Biden the winner on Saturday.

There is definite backlash growing “against the disgraced outlet,” Breitbart’s John Nolte noted in a Nov. 7 analysis.

“What should worry Fox above all is that they appear to have forever lost their core viewers, the people who were once the most loyal,” Nolte wrote. “You never want to lose your base. Once you lose your base, you’re in serious trouble.”

Fox News “has stunk for years, but over the past few months it’s gone beyond stinking to out-and-out betrayal of its loyal viewers, especially with its presidential polls that are not simply incorrect, they are bald-faced lies,” Nolte wrote.

All Baier tweeted was: “Join me + @marthamaccallum tonight 8pmET on @FoxNews”.

The responses were both brutal and hilarious:

You have lost this loyal viewer! Trying to influence an outcome that is clearly not legitimate!

How about no! Done with Fox!!

I’d rather get another vasectomy without anesthesia sir

Done with fox! You sold out on us! Good luck!

Sorry Bret. Fox has jumped the shark. We won’t forget.

Nolte noted that the problem “is that in the form of OAN and Newsmax, Fox has legitimate competition now, and that’s just their broadcast competition. Online, Fox has all kinds of competition.”