No do-overs for Remain.

UK Prime Minister David Cameron, in a blow to to the anti-Brexit crowd, insisted they will not get a mulligan on the June 23 vote in which Leave triumphed. 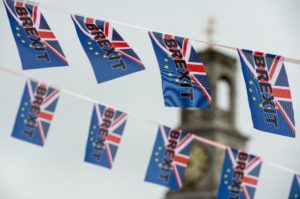 A second referendum is “not remotely on the cards,” Cameron’s spokesman said on June 27, responding to news of a petition calling for a second vote. “There was a decisive result [in the EU referendum]. The focus of the Cabinet discussion was how we get on and deliver that.”

Formal negotiations for Britain’s exit from the European Union will not start until the UK activates Article 50 – initiating the formal two-year procedure for withdrawing from the EU.

Cameron said that would be up to the next prime minister, who will not be in place until a Conservative leadership election in October.

The head of the Brexit campaign on June 27 said it was important to delay Article 50 because people need to “go away on holiday”.

“During the campaign there was talk about triggering Article 50 and its process of leaving the EU right away, literally on Friday morning, and I think quite rightly the PM has paused on that which allows the dust to settle, allows people to go away on holiday, have some informal discussions about it, and then think about it come September/October time.”

Boris Johnson, Leave supporter and likely candidate to replace Cameron, on June 27 moved to reassure Britain amid continued chaos in the stock markets and as the pound fell to a new low.

“I think it’s very good news that the Chancellor (George Osborne) has come and said some reassuring things to the markets,” Johnson said. “It’s clear now Project Fear is over. There’s not going to be an emergency budget. People’s pensions are safe, the pound is stable, the markets are stable, very good news.”

Osbourne had said that “it will not be plain sailing in the days ahead. But you should not underestimate our resolve. We are equipped for whatever happens. What the British people need to know is the fundamentals of the British economy are strong. Our message to businesses large and small is very simple – Britain is open for business.”

Meanwhile, former Scotland first minister Alex Salmond said that Scottish Parliament does not have the power to block Brexit, and insisted that his successor, Nicola Sturgeon, never suggested she had a veto.

Sturgeon had said on June 26 that the Scottish Parliament could try to block the UK leaving the EU by using the obscure legal mechanism of “denying legislative consent.”

According to a Lords briefing note, Scotland would have to agree to Brexit in order to remove European legislation from Scots law and Sturgeon said the Scottish Parliament had the option of not voting for something “that’s against Scotland’s interests.”

Salmond said Sturgeon knew “full well” that it was not a veto, adding: “The word veto never passed her lips, because Westminster has an override. So the Scottish Parliament can block but Westminster can then override.”

“Now of course there are political implications for that. But the Scotland Act is quite clear, there is a Westminster override. It is not a veto but Nicola was correct to say it can withhold legislative consent.”

Sturgeon has said a second Scottish independence referendum is “highly likely” in the next two years.