Back to school? For teachers unions, politics seem to matter most

They always claim to “put the kids first,” but in the year of covid and the era of Trump leftist politics is priority one for America’s teachers unions, analysts say. 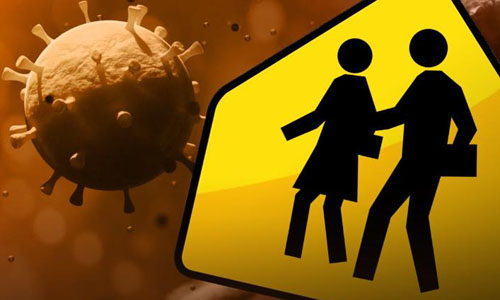 Late last month, American Federation of Teachers (AFT) president Randi Weingarten announced that the national union would support strikes by local members objecting to what they say are inadequate health and safety standards for reopening schools amid the pandemic.

Mark Tapscott, formerly of the Washington Examiner and Daily Caller, noted on Facebook: “Public school classrooms are empty this fall because teachers unions care more about radical left-wing political agendas than they do about our kids. But at least there is now no possible doubt about their intentions.”

Editors at the Washington Free Beacon noted: “We do not begrudge teachers the right to negotiate a safe work environment. But teachers unions like the AFT have gone beyond calling for increased safety measures which, even if adopted, would not satisfy their demands for a zero-risk environment. The Durham Association of Educators has demanded Medicare for All and ‘direct income support regardless of immigration status’ before their members go back to work. United Teachers Los Angeles also wants Medicare for All, the defunding of the LAPD, and a nationwide wealth tax before Angelino teachers return to the classroom.

“These demands have nothing to do with the coronavirus or even education more broadly. They have everything to do with the unions’ cozy relationship with the Democratic Party’s activist wing. The AFT routinely donates millions of dollars — 98 percent of its political spending — to Democrats, the same party that has repeatedly used the coronavirus as negotiating leverage in Congress.”

A Department of Education spokesman said the unions are more focused on striking than on coming to the table to determine how to reopen schools safely.

“Let’s not pretend that Weingarten’s threat to strike has anything to do with the safety or children or the public,” Education Department spokesperson Angela Morabito said in a statement. “If the unions were really concerned about doing what’s best for students and teachers, they’d be focused on what they need to do to be a partner in reopening schools safely.”

The Centers for Disease Control and Prevention (CDC) released new guidelines that back the reopening of schools, stating that the coronavirus “poses low risks” to children, that kids are unlikely to be major drivers of disease spread and that they are harmed by extended school closures.

“In areas where there are hot spots, remote and distance learning might need to be adopted for a certain amount of time,” Deputy Education Secretary Mitchell Zais told reporters. “But the research and science continue to suggest that it is safer, healthier and better for students to be in school full time.”