Americans ‘have been played’: Don Jr.’s self-published book does end run around censors

With social media and publishing houses instituting a ban on his father and Republicans fighting amongst themselves on how to deliver what message or whom to back, Donald Trump Jr. has stepped in to “fill the GOP vacuum on the national stage,” a columnist noted. 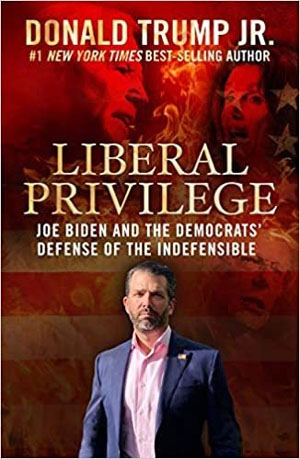 “As the only bestselling author with a book out listing troubling allegations against the first family, former President Donald Trump’s outspoken son is returning to the glare of the Klieg lights to take on the new president with a tour, newsletter, and direct messages to the MAGA nation,” Paul Bedard noted in a Feb. 15 op-ed for the Washington Examiner.

“There is a shortage of conservatives out there who are willing to say what everyone in the conservative movement feels and believes,” Trump Jr., told Bedard.

“They’re afraid. They’re worried about being canceled. They care more about what some liberal at some D.C. quote-unquote ‘think tank’ thinks about them than they do the guy who just lost his job and won’t be able to feed his family next week. I couldn’t care less. I couldn’t care less what those people think. I care about the hard-working men and women. That’s what we made our campaign on. That’s what we’re going to do.”

Trump Jr. recently self-published “Liberal Privilege: Joe Biden And The Democrats’ Defense Of The Indefensible”, an Amazon nonfiction No. 1.

“That makes it the only book freshly critical of Biden, opening an avenue for Trump to reach out to his father’s supporters with,” Bedard noted.

“It’s the only book out,” Trump Jr. said. “It’s also probably the only book in the near future that will be critical of Biden because no one will publish anything from a conservative viewpoint. I think we have a great head start.”

In “Liberal Privilege”, Trump Jr. details the scandalous Biden family financing and warns that positions Biden took on the campaign trail would turn out to be false. “The reality is I could rename the book I Told You So,” he said.

As for the MAGA movement, Trump Jr. said: