One day at NBC News: Window on overt regime bias

The flagrant bias of America’s dominant media apparatus is taken for granted by now. Nevertheless, it is important to highlight the level of absurdity prominent big-box outlets have descended to in this day and age. For by doing so, one can observe key patterns of propaganda favored by the ruling establishment at any given time as well as calibrate the ever-tightening grip on information being fostered by our elites. 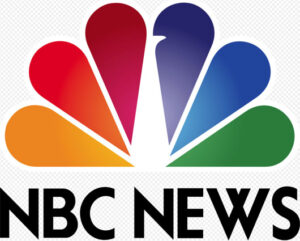 No regime television outlet, not even CNN, has fallen into an over-the-top sledgehammer propaganda role quite like NBC News. Very quietly and without much ado, NBC has become perhaps the most outrageously biased progressive ruling establishment network in American television history.

A casual stroll through the NBC News garbage dump of a website found all this packed into one day. Note: all five articles highlighted below are dated Nov. 15.

This news article is wholly sympathetic to and fully centered on the perspective of illegal aliens who have no legal claim to be in this country whatsoever. Yet NBC writes as if they are an aggrieved faction of Americans that is being ill-served by a Congress that is somehow supposed to represent them (bold added throughout this piece):

It’s not the first time undocumented immigrants have had to settle for less than they hoped for from Congress. Recently, in lieu of legislation, the [Biden] administration has provided quasi-legal status to immigrants rather than any kind of legalization benefit.…

Zuleima Dominguez, a youth organizer for Make the Road New York, is enrolled in the Deferred Action for Childhood Arrivals program. President Barack Obama created the program, better known as DACA, by executive order in 2012, just before another midterm election and after Congress failed again to address immigration reform….

DACA has allowed her to remain in the U.S., work and go to college. But she noted that many resources, such as financial aid and scholarships, are closed to immigrants without legal status.

“I know the hard edge of temporary protection,” Dominguez said. “I lie with the fear that my DACA renewal will not be processed in time, which means losing my job. I know how a change in administration and Congress can end my life in a blink of an eye.”

Dr. Aalok Khole, an infectious disease physician at Cheshire Medical Center in Keene, New Hampshire, said many of the newly admitted patients who require intensive care are younger compared to earlier stages of the pandemic, when older people made up the bulk of those who were at highest risk of severe complications from Covid-19.

“Most recently we’ve seen some folks in the [intensive care unit] who are in the age groups of anywhere from 45 and 60, and I can definitely tell you these are unvaccinated individuals,” Khole said.

“If you look at the current surge, almost one-third of the new cases are in younger age groups,” Khole said. “People between ages 12 and 35 dominate new cases right now. And a lot of this population has not been vaccinated by a single dose.”

And here are Cheshire Medical Center personnel in action, being the sober, serious and unbiased health professionals that they are:

At 1pm, Cheshire Medical Center staff silently took a knee for 8 minutes and 46 seconds in memory of George Floyd who was killed by police on May 25th because he was a black man. #whitecoatsforblacklives
"We kneel here together as one community….” (from Facebook) pic.twitter.com/qV1hldj0Dj

Attacking parents who question the cultural Marxist indoctrination of their children in public schools, this news article features the mother of a sixth-grader who “came out as bisexual.” This is sick:

Christina Edmiston, a Southlake resident and mother of two, was outraged when she saw the email. Earlier that month, Edmiston had pulled her 12-year-old son out of the Carroll district after he reported thoughts of suicide after having been bullied by classmates for his sexuality.

“You can’t expect just to teach kids arithmetic and reading and look at their test scores and expect them to be decent human beings,” Edmiston said. “I personally cannot understand why a parent would not want their children to have knowledge of what depression looks like, what anxiety looks like.”

Edmiston said that classmates started teasing her son about his sexuality last school year after he came out as bisexual, and that by September, the harassment had escalated. Her son, a sixth-grader, said he had told a friend at school that he wanted to die. Afterward, according to her son, some of his classmates responded by grabbing a rope from gym class and stringing it over a goalpost like a noose at recess.

In an interview, Edmiston’s son said he started struggling with depression when he was 10 and has relied on therapists to cope. He said comments by parents claiming that most young children don’t need emotional support at school were “highly insolent.”

“I’ve had to have help with my mental health,” he said. “And if there’s other people who are having to struggle like me, or even worse, and a parent can’t recognize that because they think a child is younger and can’t have those feelings, then shame on them.”

New Asian-American Muppet is desperately needed because America is so filled with anti-Asian hate of late:

A new Muppet named Ji-Young will make history as the first Asian American muppet to join the cast of the iconic children’s television show “Sesame Street.”

The 7-year-old Korean American girl is slated to debut Thanksgiving Day as part of a special titled “See Us Coming Together.”

In the special — that centers around a “Neighbor Day” celebration and features celebrities ranging from actor Simu Liu to Japanese tennis pro Naomi Osaka — another child tells Ji-Young to “go home” in an offscreen incident. She subsequently seeks out friends and adults who, together, help her understand she’s “exactly where she belongs,” according to a press release on the episode.

The moment serves as an entryway into discussions around anti-Asian racism, as the show provides a viewing guide and resources to conduct those conversations, the release said. Muraoka explained that the nationwide racial reckoning, spurred by events like the killing of eight people in Atlanta-area spas, most of them Asian women, and the heightened anti-Asian bias and attacks due to racist Covid-related stereotypes, pushed the show to further address racism and discrimination.

“People are seeing the need for it now, especially with the rise in American violence,” Muraoka said. “I think it’s absolutely because the nation as a whole woke up.”

An utterly ridiculous “Think” piece in which transparent ruling establishment puppets cheer on the ruling establishment. Harvard law professor hack Laurence Tribe and two cohorts slam Steve Bannon and lavish praise on the orchestrated system that has charged him:

But legal wrangling aside, it’s worth pausing today to consider what just happened. The three branches of our constitutional government are working in tandem, exactly as the Constitution intended. Congress investigated the unprecedented Jan. 6 insurrection and subpoenaed those with knowledge about its planning. The current president declined to assert executive privilege. The District Court, in a closely related matter, rejected the former president’s claims that his administration’s documents should be shielded. That is what our system of separation of powers demands….

Ultimately, all of us owe thanks to the attorney general and his lawyers, and to Biden for not interfering with their decision making. Garland steadfastly applied the facts to the law and did not comment on the Bannon investigation unless and until charges were filed. That is the kind of model leadership that America, and the DOJ, has sorely missed.

Here is but one example of the bizarre Russia-obsessed conspiracy theorizing Tribe has been tweeting out for years:

I can't vouch for the underlying reporting, but The Guardian is a careful and usually reliable source, and this reporting begins to connect the otherwise bizarre dots . . .

Co-author Stuart Gerson is a former George H.W. Bush White House staffer who is a favorite type of establishment tool – the Republican with a conscience that somehow forces him to always align himself perfectly with what the Swamp wants:

Third co-author Dennis Aftergut is a former San Francisco assistant city attorney and ex-federal prosecutor who frequently teams up with either Tribe or Gerson. He writes regularly for Never Trump publication The Bulwark. Needless to say, he does not question the ruling establishment party line.

Remember: This is just one day at NBC News. A major American television network is devoted to dishing out this tripe on an assembly-line basis 365 days a year. Monopolizing information is essential to the control system now being laid down in this country like so much pipe at a construction site. Our ruling establishment at this point does not value subtlety and nuance. It emphasizes volume of output and the ruthless suppression of any voices that would counter its ever-squawking propaganda machine.

One day at NBC News: Window on overt regime bias, WorldTribune.com