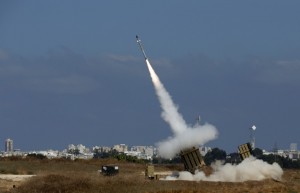 The Israel Air Force has reported that Iron Dome demonstrated its ability to intercept mortars fired from the Gaza Strip. The Air Force said Iron Dome downed at least 10 mortars during the five-week war with Hamas and its Palestinian militia allies.

“We’ve been told that Iron Dome could never do this, but with recent enhancements and better control, this could be done,” an air force officer said.

The Air Force said the mortars were believed fired by Hamas and the Iranian-sponsored Islamic Jihad. They said the Iranian-origin mortars contained a range of 10 kilometers.

“We are developing Iron Dome to shoot down mortars with a range of more than seven kilometers,” the officer said.