Oscar Wilde: “Irony is wasted on the stupid”.

In the video message posted to YouTube, the Senate Majority Leader is seen saying to a group of masked Americans who are covering their faces despite being outdoors: “Give me your poor, your tired, your huddles masses yearning to breathe free.” 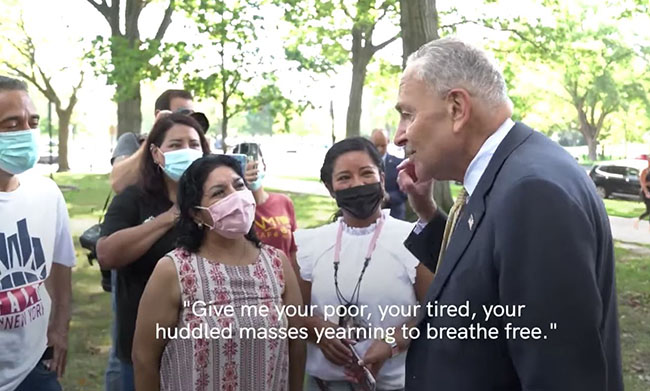